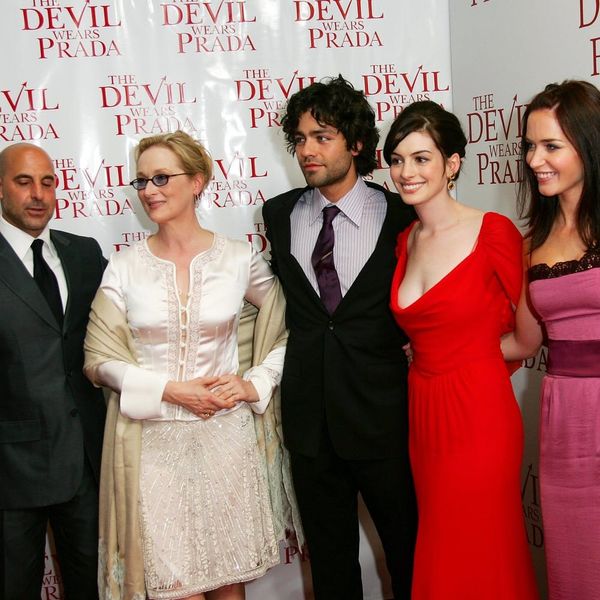 It’s a Runway reunion! 12 years after the cult-favored iconic fashion flickThe Devil Wears Prada first introduced us to the ultimate boss from hell, Miranda Priestly, and her ever-faithful employees, the cast has reunited on the red carpet for a mini get-together that had our hearts bursting with joy.

Several of the film’s biggest stars were on-hand to help Stanley Tucci (AKA Nigel) celebrate his directorial efforts for Final Portrait at its NYC screening Thursday night ahead of its March 23 release, including Emily Blunt and the RL Miranda herself, Meryl Streep.

That’s right! Though the iconic fictional editrix may have slighted her ever-loyal director to save her own job in the film, she had her pal’s back Thursday night, posing with the actor as seen in new photos obtained by InStyle.

Blunt, who was also present to support her brother-in-law (Tucci is married to her sister, Felicity Blunt, with whom he is currently expecting his fifth child), also posed alongside her former onscreen boss.

While the film’s main star, Anne Hathaway, was MIA, she did run into the Mary Poppins star in 2016 while walking the red carpet while both were attending the premiere of Alice Through the Looking Glass.

Would you like to see the full cast get back together? Sound off over at BritandCo.

Nicole Briese
Nicole is the weekend editor for Brit + Co who loves bringing you all the latest buzz. When she's not busy typing away into the wee hours, you can usually find her canoodling with her fur babies, rooting around in a bookstore, or rocking out at a concert of some sort (Guns N' Roses forever!). Check out all her latest musings and past work at nicolebjean.com.
Celebrities
Celebrity News
Celebrities Movies Nostalgia
More From Celebrity News