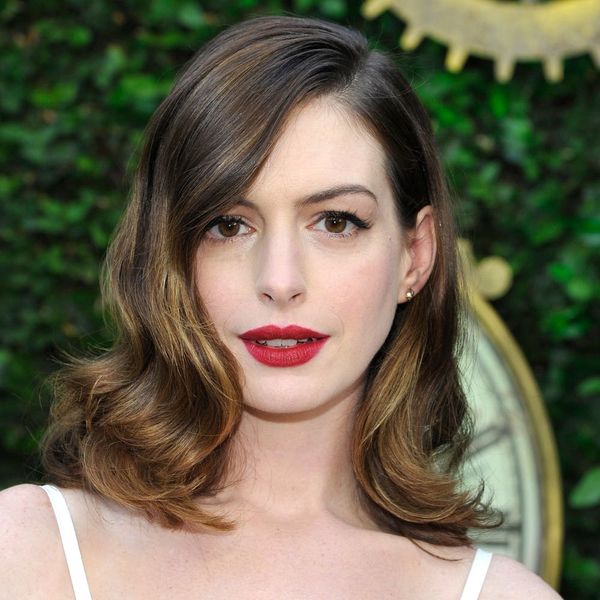 What a night for Anne Hathaway! While we’re still giddy over the news that a Princess Diaries 3 is coming (!!), Anne walked the red carpet for the first time since having her baby, and it was awesome for so many reasons. At Cannes this year to promote her work in Disney’s Alice Through the Looking Glass, new mama Anne gave birth a month ago and STUNNED. And not only that, she bumped into a friend for a spontaneous Devil Wears Prada reunion. Like we said, awesome for so many reasons!

Making the Cannes rounds talking up her character as the White Queen opposite Johnny Depp’s Mad Hatter, Anne also happened to bump into an old friend. None other than Devil Wears Prada co-star and soon-to-be mom of two, Emily Blunt.

Although this make us dream of a Devil Wears Prada sequel, we’ll be able to at least get our Hathaway fill when Alice Through the Looking Glass hits screens on May 27.

How badly do you want a Devil Wears Prada sequel? Tweet us @BritandCo!