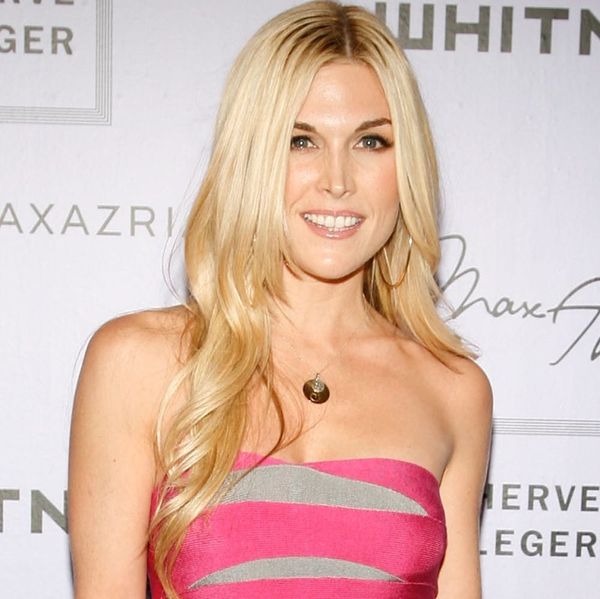 Did you watch last night’s episode? Did you really watch it? Your answer is probably: “I think so. I think I watched this episode but I might have fallen asleep because most of it felt like a fever dream.” Do you have a fever? One or two of you might. Maybe your child breathed into your mouth and gave you day-care germs and you now have a fever. The good news is that we’re all there with you. All of us who watched this episode have the same fever from having watched episode 902. Do you think that sentence structure is repetitive? It’s probably just your fever.

Sonja threw a Mad Hatter themed party. This makes all sorts of sense. Mad hatter syndrome is a disease that was prevalent among the manufacturers of felt hats in the 17th century, and involves the hat makers being slowly poisoned by the mercury they used to process the fur of small animals into felt. It’s similar to a sick toddler breathing into your mouth. Do I sound insane? Yes? Good. Here is your recap.

Sonja admits to dying her eyebrows, then calls up Connor and demands he bring her a bag of chocolate. A BAG. Do you know what comes in bags and is addictive? Not chocolate.

Disgraced socialite — and “original” It Girl of the ’00s — Tinsley Mortimer arrives in New York, fresh from Florida or whatever! She cares about her eyebrows! Specifically, she cares about how her eyebrows looked in her mug shot from when she was arrested for trespassing on her boyfriend’s property to allegedly retrieve a purse that belonged to her. Tinsley sort of washes up on Sonja’s doorstep carrying many purses, including a very shiny one by Louis Vuitton. Sonja screams something about feeling shiny while carrying Tinsley’s purse. That purse is worth more than a year’s worth of my rent. Tinsley should maybe just live in her purse. Moving on.

Sonja brings Tinsley to the guest room. There are sculptures of balloon animals? And yellow wallpaper? I think some curly dogs were running around by their feet. Who knows.

Will Bethenny anchor us in reality? Nope. She’s in a Halloween costume — a cat or a leopard costume — there is a tail, and some ears. Bethenny yells, “I’m going to preschool with my vagina hanging out!” to her friends, and possibly to the heavens. Then Bethenny is mad at Ramona for not acknowledging her dogs. Bethenny is in a cat costume yelling about dogs. Ramona literally begins to bark. The dogs are dressed as pumpkins. Get me out of here.

Luann is taking Sonja’s Mad Hatter party seriously. She’s buying a hat at a hat store. People around her are wearing hats. Luann is complaining about something. It’s impossible to remember what because it was a scene where there were an incredible amount of hats. I just remembered the word for a seller of women’s hats! The word is: milliner.

Carole is careening around this episode reminding everyone she was a JOURNALIST and she is INFORMED and she reads FIVE THOUSAND newspapers a day and had good chats with SENATORS. Let me tell you something, Carole. Journalism is dead. It got curb-stomped in this last election. I was a journalist once. Now I write RHONY recaps. Take a hint.

Sonja says something about a human taint. Tinsley says she was married to a man named Topper. Suddenly some of the RHONYs are in a cryotherapy office. An attractive man puts Dorinda in a walk-in freezer and she screeches, “They freeze you to death and you feel reenergized!” Then Dorinda and her daughter are couch shopping. They are surveying a $6000 Lampert sectional. Dorina’s daughter says she’s rolling in dough. Dorinda accuses her daughter of acquiring the money through prostitution. There is no real ending to this scene. It is just a mother accusing her awful, entitled daughter of being a hooker.

Bethenny is back but she is no longer in her cat costume! She tells the camera she’d rather be organizing her life than banging Ryan Gosling all night long. WHY? Because these are the true words of a business mogul. Let us all take note.

Okay now we’re at Sonja’s Mad Hatter party. There are tea sandwiches and cupcakes and Champagne. Bethenny calls them the “crusty vagina crowd” on her cab ride over to the party. Ramona is hiding a hickey under a well-tied scarf. Who even enjoys hickeys? A psychic named Roberta arrives in a fabulous hat then is never heard from again. Bethenny is mean to Tinsley. Bethenny is mean to Luann. Luann has the hugest hat of them all. A cruel butler appears and snarks about Luann’s dress being from the Salvation Army.

A woman named Vanessa Noel had the coolest hat.

I hope we all wake up soon. This is a nightmare. See you next week.

What was your favorite part of last night’s RHONY? Tell us @BritandCo!