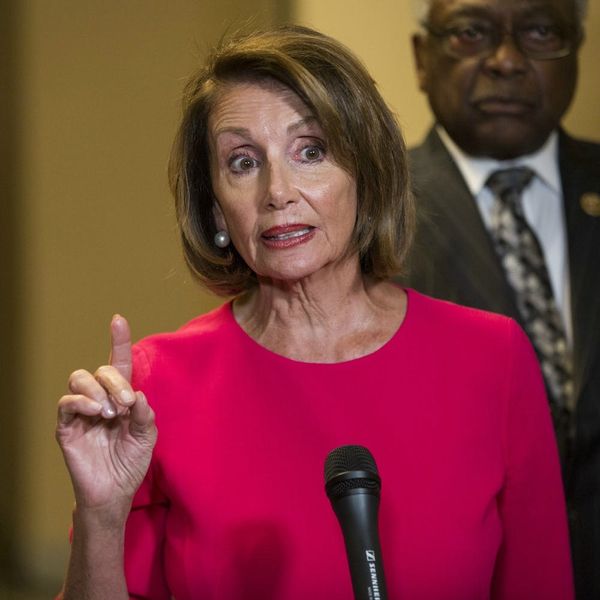 In one of its first legislative acts under a Democratic majority, the House passed two bills to try to end the ongoing government shutdown still affecting over 800,000 staff members in the federal government. With a meeting between government leaders and President Trump scheduled for Friday, the bills are a signal that the Dems are working for a resolution. But there’s a caveat: Speaker of the House Nancy Pelosi says there will be no funding for the president’s border wall.

The legislation passed by the House on Thursday includes one bill for a short-term funding of the Department of Homeland Security through February 8, and a second package that will fund every other closed agency through the end of the 2019 fiscal year, which ends in September. Neither bill includes the president’s demanded $5 billion for his southern border wall.

The bills have been separated so that the contentious border issues can be treated separately, since Homeland Security is the governing body that manages border security.

Republicans have already said they wouldn’t push the bill through the Senate for it to get to the president, because they know he won’t sign. “I’ve made it clear on several occasions, and let me say it again: The Senate will not take up any proposal that does not have a real chance of passing this chamber and getting a presidential signature,” Senate Majority Leader McConnell told reporters on Thursday. “Let’s not waste the time. Let’s not get off on the wrong foot, with House Democrats using their new platform to produce political statements rather than serious solutions.”

Although the president has made it clear that he will refuse any offer that does not include funding for the southern border wall, Republican House Minority Leader Kevin McCarthy said as early as Wednesday that he believes that the president wants to find a solution.

“We know that we have a challenge along the border. We want to solve that issue. We want to make sure we open this government up,” McCarthy said. “And I think at the end of the day, the president, listening to him, he wants to solve this as well.”