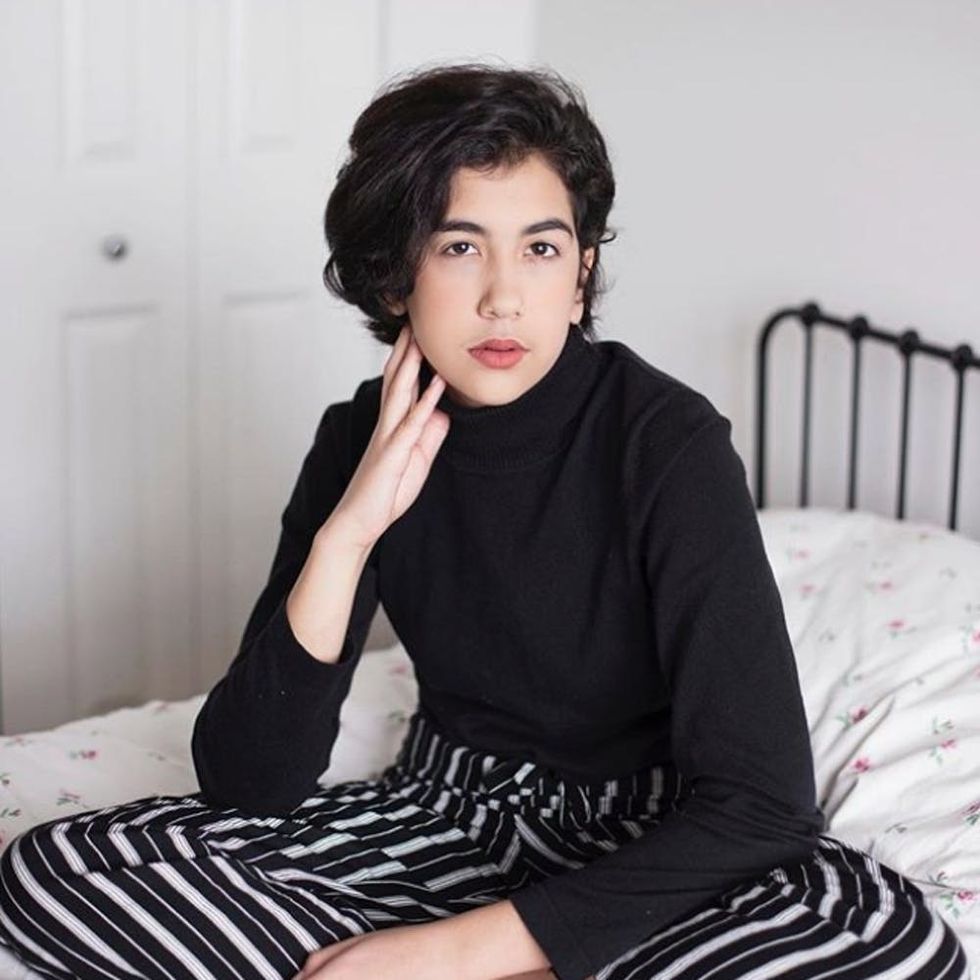 In the wake of President Trump’s election and a rising tide of nationalistic sentiment worldwide, many Muslims have been facing more hate crimes than ever. According to a story in Newsweek, over four percent of all reported hate crimes are targeted towards Muslims, even though Muslims are estimated to comprise only one percent of the population.

Rather than be ashamed or fearful, then-photography student Alia Youssef started her own photography project titled The Sisters Project which attempts to humanize and documents the lives of Youssef’s fellow Muslim women in Canada.

The idea came to Youssef in the fall of 2016 while she was listening to a guest lecturer discuss how the media tends to paint all Muslim women with the same brush. Youssef explains, “It resonated with me and I was tired of having false assumptions placed on me and defending the women of my religion constantly.”

Youssef decided to take her skills as a portrait photographer and begin documenting some of the Muslim women she was already connected with her in life, beginning with her own sister.

Since launching the project, Youssef has had the opportunity to document over 50 women ranging from an ESL teacher in Vancouver to a youth worker based out of Toronto. Each portrait captures the women in their own spaces or in a place that is meaningful to them and features a small interview to demonstrates the diversity of Muslim women’s stories and experiences.

“It’s important to have real authentic photographs of Muslim women in the media because the photos that exist now are not a representation of the majority of the population,” explains Youssef in an email with Brit + Co. “The reality is Muslim women come from all backgrounds, wear all different types of clothes, practice their faiths in different ways, and have diverse careers and passions.”

When Mehnaz isn’t busy being a full time Bachelor of Science student, an undergrad researcher, and a senior mentor with the FITF Peer mentorship program, she enjoys going to quaint neighborhoods, independent gelato shops, and strolling by a large body of water on a nice day. She is 21 years old, was born in Canada, and her favourite quality in someone else is when they put in the effort to learn things about her. This brought up an interesting question of how she feels others perceive her, and she told me “In most environments I find myself in (UofT, a lab, airplanes, other countries) I believe that I am perceived as a minority. Sometimes I think people see me as a token... a representation of the ‘Muslim woman’, almost like a prototype for how most Muslim women act, what they do, and what they aspire to be. “ Then I wondered on the contrary how she would like to be perceived, “I would like to be perceived as a capable, intelligent, confident person whose determination, perseverance and resilience amounted to any success I am fortunate to receive. Furthermore, I hope to one day be perceived as a kind, generous, philanthropic leader who just happens to be a follower of Islam and is a good role model.”

It has been important for Youssef to demonstrate that of the 850 million Muslim women worldwide, the monolithic image the media portrays is not the reality.

“Photography is how I’ve sought out the truth and looked outside of myself,” says Youssef. “Presenting those truths just happens to also be seen as activist. I’m not here presenting radical ideas. I’m here with an art project that shows real Muslim women living their real unapologetic lives.”

Since the project’s launch in 2016, feedback has been largely positive. Youssef shares that many young Muslim women have reached out to say they are inspired by the stories and women that have been featured.

But the downside to fighting for humanization in media is that whenever the project is covered, it attracts online comments that range from racist to sexist and Islamophobic. Youssef says, “I try and remind myself that the people who like the work learn something new and appreciate the message, and are usually not the ones writing comments.”

With 2018 on the horizon, The Sisters Project has a lot in the works. Youssef is planning a more extensive cross-Canada tour so that she can examine the regional differences of the Islamophobic experience in smaller cities and towns, and hints at one day having enough material to make a book. We can’t wait to see where The Sisters Project ends up!

Have you run into any cool women-boosting initiatives you’d like us to feature? Holler at us @britandco!

(Featured photo via The Sisters Project)

Amanda Scriver
Amanda Scriver is a passionate storyteller and body image advocate based out of Toronto, Canada. When she isn't writing for various publications, she finds time to Keep Up With The Kardashians while partaking in life's greatest pleasure: the chip buffet. Don't ask her what her favorite restaurant is, it's complicated
inclusivity
Diversity
inclusivityLadies First