The Thermomix Will Be Your Next Kitchen Appliance Obsession 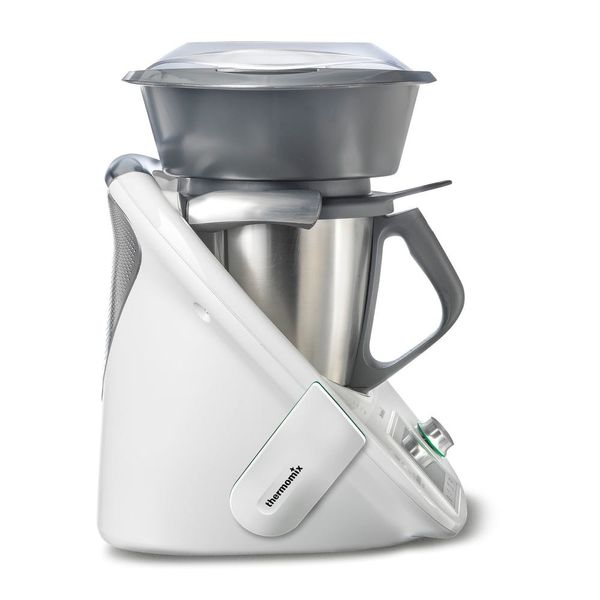 If you could pay, say, $1,500 for kitchen appliance that would replace your blender, food processor, steamer, bread maker, food scale, knives, slow cooker, and stand mixer, would you? Surprisingly enough, such an appliance DOES exist… It just isn’t big in the United States yet. Meet the Thermomix ($1,448): A cult favorite appliance around the world that’s going to help you make everything from homemade bread recipes to smoothie recipes.

WTF is a Thermomix?

Intrigued? The Thermomix is, according to its website, a single appliance that does the work of TWELVE.

And although it’s definitely impressive that the Thermomix can do all of these routine kitchen tasks, here’s something even *more* astonishing: The Thermomix can synchronize with their recipe platform Cookidoo, where users can access thousands of recipes from around the world to download directly to their Thermomix and cook with step-by-step Guided Cooking.

If this sounds like the kitchen appliance of the future, that’s because it is. The Thermomix is generally sold by “consultants” who work directly with the company and sell to interested buyers (think: the Lularoe business model, minus the parties). However, if you don’t have a consultant, you can still purchase the Thermomix directly from the website to the tune of nearly $1,500.

The Thermomix is impressive, but it has yet to take the US by storm. That’s because the Vorwerk company hasn’t been advertising in the US — until now. The Thermomix is somewhat of a sensation in Europe and Australia. There are literally blogs and YouTube channels dedicated to cooking with the appliance, and there’s an entire culture built around families’ willingness to go all-in on the product.

“In Australia, where some 300,000 kitchens housed a Thermomix as of May 2016 (and my own brother-in-law jokes that his family’s would be the first thing saved in a fire), it sparked headlines such as ‘Outrage in the suburbs at stealth release of new Thermomix model’ and ‘Thermomix War: Whose side are you on?'” reports Quartz.

It’s hard to believe that a kitchen appliance could spark this kind of passion… But then again, we’ve never owned an appliance that did the work of 12.

Maggie McCracken
Maggie McCracken is a freelance writer, blogger and aspiring digital nomad. She writes primarily about food, travel, yoga and healthy living, and she has a background in health and science journalism. You can read more of her work on her lifestyle and travel blog, The Olive Branch.
Food Trends
Food News
Food Trends Kitchen Gadgets
The Conversation
More From Food News