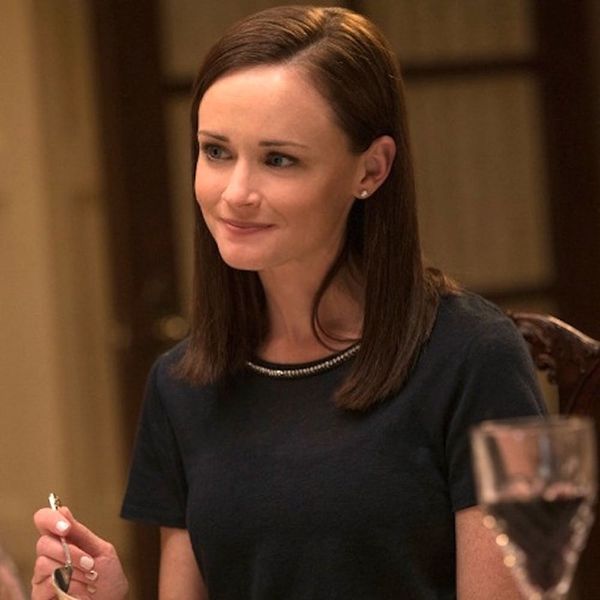 Ever since news of the Gilmore Girls reboot broke, we’ve all been obsessing and theorizing over what will happen, who will end up with who and whether or not Emily is still as Emily as ever (spoiler: She sure seems to be, based on the trailer!).

And while everyone has their own version of the perfect Gilmore outcomes, we hadn’t stopped to consider the things that are absolutely heartbreaking possibilities. With just two weeks to go until it’s released (!!!), here’s a rundown of a few total deal-breakers that just CAN’T happen in this reboot.

2. Rory loses the career plot. As we learned in the trailer, Rory is in an in-between stage in life (or, as Emily lovingly puts it, is living a “vagabond existence”). This is 100 percent totally okay and sometimes necessary for a young person to do to move forward if they have the means to do so. But show creator Amy Sherman Palladino has, with pretty good reason, expressed rage at how obsessed with Rory’s love life we all are. Rory is an insanely smart, accomplished and capable young woman, and while it’s okay to root for her happily ever after, we hope the whole show doesn’t boil down to her love life.

3. That said, we hope Rory doesn’t end up with Dean. Or Logan, frankly. There can only be Jess. #TeamJess.

4. Emily Gilmore gets stuck. Richard Gilmore (and by extension, the actor who played him, Edward Hermann) will be properly eulogized in the new episodes, which is definitely a necessity. We’ve seen SOME internet chatter about the show’s secretive wedding maybe, possibly being for Emily, and while moving on romantically from a deceased loved one can be hard, we’d rather see her happy than get trapped in her loneliness and grief after losing Richard. Live your life, Emily!

5. Stars Hollow gets too modern. Fingers crossed that the town stays as whimsical, as cell-phone hating (okay, maybe that’s just Luke) and as rustic as we know and love it.

Remember: Gilmore Girls will be on Netflix on November 25. Like we even needed to tell you.

What is YOUR Gilmore Girls dealbreaker? Let us know @BritandCo!