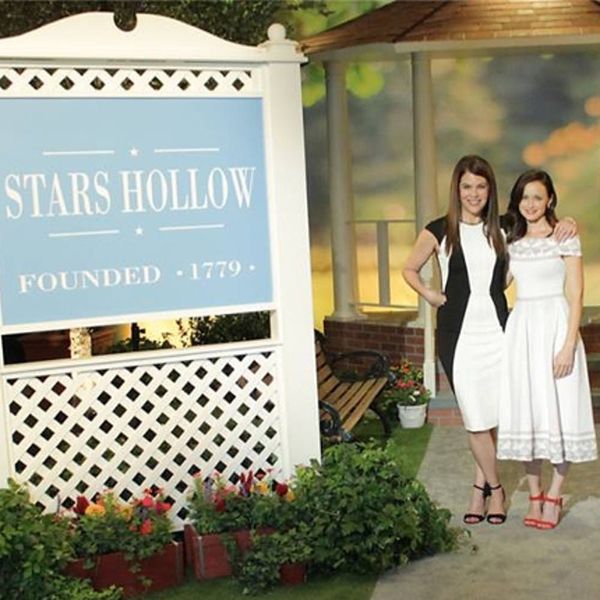 If you use the Internet with any regularity (we’re gonna go ahead and bet that you do), you’ve likely come across some news about Netflix‘s upcoming Gilmore Girls reboot. We’ve certainly spilled our share of text on the subject, and are fully fine with our level of giddiness over even the slightest of clues that surface what feels like every other day now. With just over two months to go until the premiere, we thought we’d compile everything we know to date in a one-stop-shop guide for you, the obsessive GG fan.

1. What’s it called? A few months ago, Netflix revealed with the most GG-appropriate artwork possible (a cup of black coffee) that the revival would be titled Gilmore Girls: A Year in the Life.

What a great time to get back on set with some friends. #JessIsBack @warnerbrostv @netflix. MV pic.twitter.com/VQAt2Lrumr

3. Who’s in it? Hoo boy, okay. The reveals for the cast have been most of the fun in this slow rollout of info. In short, all of your core faves will be returning — yes, even Melissa McCarthy as Sookie, after some will-she-won’t-she drama was resolved when she announced she’d return. As for the rest?

4. What’s it about? Well, good question! So far, from the first page of the first episode’s script and the trailer, all we know is that Rory and Lorelai are in FINE banter form. The sneak preview pics that Netflix gave us don’t really tell us much either. And the official social accounts seem to like to post things that are meaningful to the show’s history at large, and might not be hints at new episodes. So, in short: NO CLUE.

We took a tour of Warner Bros studio today and saw Stars Hollow but couldn't take pics 😫 but we did see this in the prop storage!! #spoiler!!! #wedding? #gilmoregirlsrevival #wbtourhollywood #hollywood #california #gilmoregirls #jessforever #gilmoregirlswedding

5. Well then, what are fans speculating it’s about? This is the real question. There have been so many hints either sleuthed out or not-so-sneakily hinted at from the Gilmore Girls crew themselves that it’s hard to keep up. Here are some of the best theories:

Ugh, see? WHAT DOES IT ALL MEAN?! Of course, the biggest mystery of all remains those famous “last four words.” Show creator Amy Sherman-Palladino has said for years that she knew the final four words that would rightfully end the series. She wasn’t on the show anymore when the original series wrapped, so now, we finally get those four words.

6. When is it on? The series will premiere on Friday, November 25, appearing overnight so it’ll be there when you wake up. Can’t wait that long? Watch or binge-re-watch the original series on Netflix RN. GO!

What do YOU think will happen in the Gilmore Girls reboot? Let us know @BritandCo!