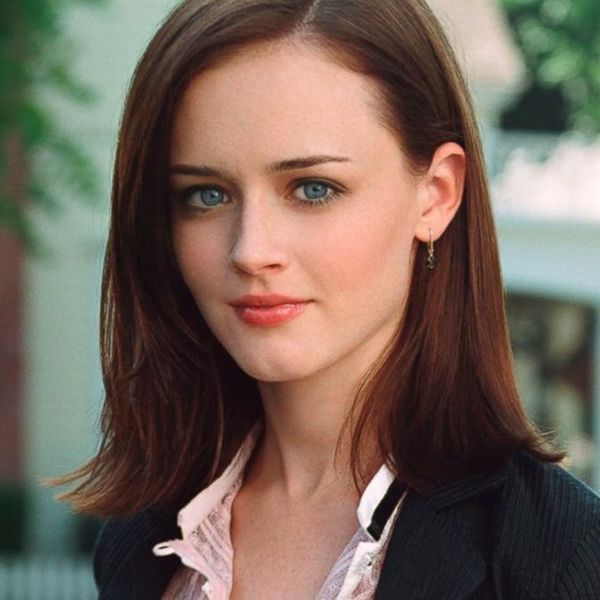 The return of the Gilmore Girls (which hits Netflix on November 25) is edging ever closer which means we’re indulging our fan-girling of the classic series more than ever. Is Rory pregnant with Logan’s baby?Is Jess the ex who wins her heart in the end? Does Dean even have a chance? WE NEED TO KNOW! And that’s the sitch that’s worrying Gilmore Girls’ creator, Amy Sherman-Palladino.

She’s taken note of all of the buzz surrounding Rory’s love life and feels it’s importance has been somewhat exaggerated. “It’s a small part of who Rory is. Rory didn’t spend her days thinking, ‘Who am I going to end up with?’” Amy told Time, though she admits, “It’s a natural thing: People love romance. Romance is an element of every show on air, including The Sopranos or Breaking Bad.”

“Rory was much more concerned about ‘How do I get that interview at The New York Times?’” she continued, “Sometimes I wish that the Dean and Jess thing weren’t so prominent because in the grand scheme of Rory’s life, who her boyfriend was when she was 16 years old is such a small event.” Fair enough.

Though, again, it’s not like she doesn’t get it. “I don’t begrudge people the excitement of Jess and Dean. But they were there to show Rory’s evolution as a character. She picked certain boys for her depending on who she was at that moment. It was part of her character. It was part of her development that Dean was her first boyfriend, that Jess was the boy that diverted her attention. Then she wound up with Logan, and God knows where she’s been since then.”

For those still enthusiastically rooting for #TeamDean, #TeamJess and #TeamDean, it looks like whoever Rory ends up with (if she ends up with anyone) will ultimately depend on who Rory is nowadays and where she’s at in her journey, which is really what it’s all about anyway.

What do you think about Amy Sherman-Palladino’s thoughts on fans focus on Rory’s love-life? Tweet us @britandco!