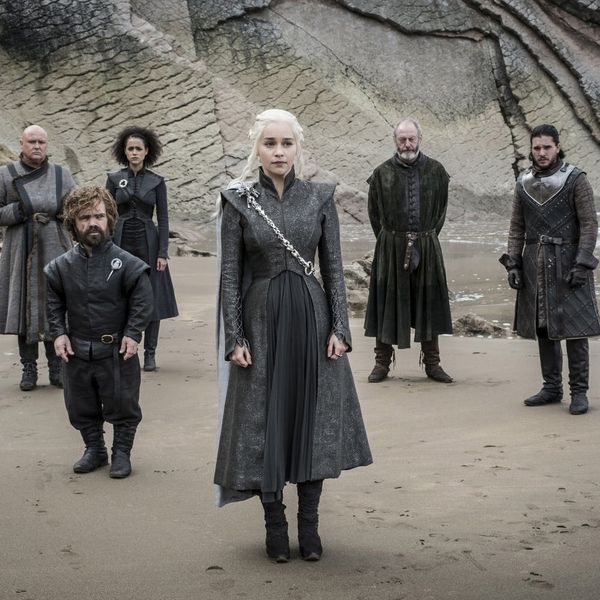 With the second-to-last season of Game of Thrones almost done and showrunners having far outpaced author George RR Martin’s books, fans of both the book series and the HBO show have been working overtime to solve long-standing mysteries about the plot and characters. Ahead of the August 27 finale, Medium enlisted a classics professor to help with six epic theories about how the last batch of episodes will play out.

University of Texas, Austin, Professor Ayelet Haimson Lushkov, author of You Win or You Die: The Ancient World of Game of Thrones, used her expertise in both classical literature and history to come up with six theories about how the song of ice and fire will end. And while there are sure to be some surprises in store, her theories are definitely interesting. We like these three, in particular, but you should check out the full explanations for all six on Medium.

1. The mainland of Westeros may not be the key to winning. While Cersei appears to want to make sure that she controls all of the continent, Lushkov has a theory about Westeros based on the Roman Empire. When Emperor Nero died in 68AD, there were four contenders for the throne. During that real-life battle, it turned out that Rome didn’t actually hold the power — it was the large groups of soldiers across the Roman Empire that eventually ended the conflict. The Wildlings, the Unsullied, and even the Ironborn all come from foreign lands, which could turn the tides of battle.

2. Whoever wins may not last. Again citing what happened with the Roman Empire, Lushkov theorizes that since none of the contenders for the Iron Throne *currently* have named heirs, if any one of them gains control and then dies, a battle for succession will start again.

3. Jon Snow probably shouldn’t go south to King’s Landing. The Baratheon war, Ned’s death, Sansa’s entire life at the capital — all could have been avoided if the Starks didn’t head south to King’s Landing. With Dany agreeing that Jon should try to capture a White Walker to bring to Cersei, Lushkov says the conventions of ancient tragedy indicate that following in his family’s footsteps may not be the best idea.

With six full theories to explore, fans of Game of Thrones will have a whole new internet rabbit hole to fall into after season seven wraps up in a couple of weeks.

What do you think of these epic GOT theories? Tell us @BritandCo!

Kat Armstrong
Kat has been a writer, social media maven and mom for longer than she's willing to admit. She's also spent time in front of and behind the camera, interviewing celebs, politicians and acting as a producer for fashion and artistic photography shoots. When she isn't writing for various orgs and publications, she's hanging with her kids, husband and French Bulldog, Peter, in Toronto, Canada.
Game of Thrones
TV
Game of Thrones