“This Is Us” Fall Finale Recap: Randall Makes a Difficult Decision As Kevin Hits Rock Bottom 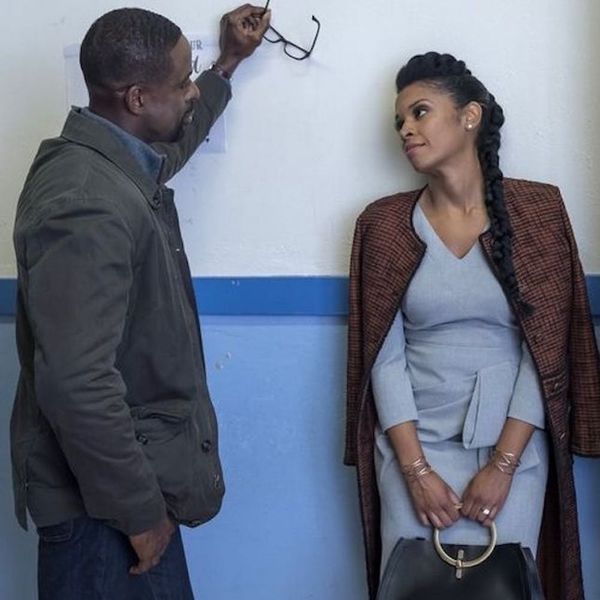 And we’ve reached “Number Three” — Randall’s story, the fall finale, and the completion of the Pearson sibling trilogy. The episode opens on Randall helping Deja with a science project. It’s Thanksgiving at the Pearson house, and everyone (even Deja!) is in considerably brighter spirits than usual. Deja even seems to have accepted her foster dad’s involvement, and is overall more welcoming of Randall’s help.

But This Is Us never lets us feel too happy for too long, and just as we’re thinking that things might stay good, Deja’s mother, Shauna, arrives to tell the family she’s been released from prison and the charges against her have been dropped. Obviously, she wants her daughter back.

Deja is overjoyed at the sight of her mother. But sensing something isn’t completely right, she tells her mom that they have to wait for the social worker to figure things out, letting Shauna leave before more arguments can break out. Meanwhile, Randall and Beth go to the social worker for more information and find out that Shauna was framed — hence the dropped charges. And despite her erratic behavior at Randall’s house, the social worker thinks that Shauna has her life together enough to claim custody of her daughter again, which she tells them she’ll ask for at a hearing. Naturally, Randall wants to fight this, thinking Shauna is still unfit for custody. And Beth agrees with him this time.

At one point, Beth makes a comment about how she thought last year was going to be their craziest Thanksgiving ever, and we flash back to when Randall found out that Rebecca knew where his birth father was and kept it from him. We also see William telling Randall a story about almost coming back into his life. A flashback within the flashback shows that he followed Rebecca to her house after she left his apartment. He debated going inside, but ultimately left the family alone after realizing he didn’t fit into their life, and wouldn’t even if he tried.

In a separate flashback, teen Randall is filling out his Harvard application, but he really has an interest in Howard University because of its predominantly Black student body. He asks Jack to take him there for a visit, and when he sneaks off for a more “informal” tour, he sees a world he’s never known before — a world where he doesn’t feel so out of place. It’s no wonder he doesn’t want to leave when Jack comes back to pick him up.

Speaking of which, Jack notices that Randall is hesitant to introduce him to the other students at Howard, which leads to Randall telling his dad about how complicated things are and will always be with his race.

Jack, in turn, takes Randall to visit the Vietnam Veterans Memorial and the Washington Monument, sharing his experience of being drafted and feeling out of place. It’s that memory that Randall recalls in the present day that leads him to visit Shauna’s neighborhood to see “her world.” Feeling like William must have felt — he loves Deja and wants the best for her, but she has a whole life that came before them that they can’t compete with — Randall agrees to let her go back to her mom.

It makes sense, but that doesn’t ease the pain when they watch Deja’s school presentation and we see how much she’s grown to love and appreciate Randall. It’s harder still when Shauna returns to the house to take Deja home, and Randall and Beth’s foster daughter has to say her goodbyes. Deja cries at the thought of Randall thinking she doesn’t want to live with him, and Randall cries when she leaves, and the whole thing is just a boatload of those emotions that This Is Us is so good at making us feel.

The crying doesn’t end there, though. Kate cries to her mother, Kevin cries on Charlotte’s front lawn, and then we have the scene of Kevin showing up at Randall’s, which is where we started this whole journey. After learning that Kate lost the baby, he drinks more and tells Randall he wants to talk to Kate. Except when Randall goes to call his sister, Kevin skips out… and gets pulled over for a DUI and arrested. That in itself would be bad, but Tess snuck into the backseat before Kevin drove off, and now he’s really in trouble. This Is Us is in for one heck of a second half.

How many times did you cry during this episode? Tell us @BritandCo.