This Manchester Attack Survivor Is Live-Tweeting Her Recovery 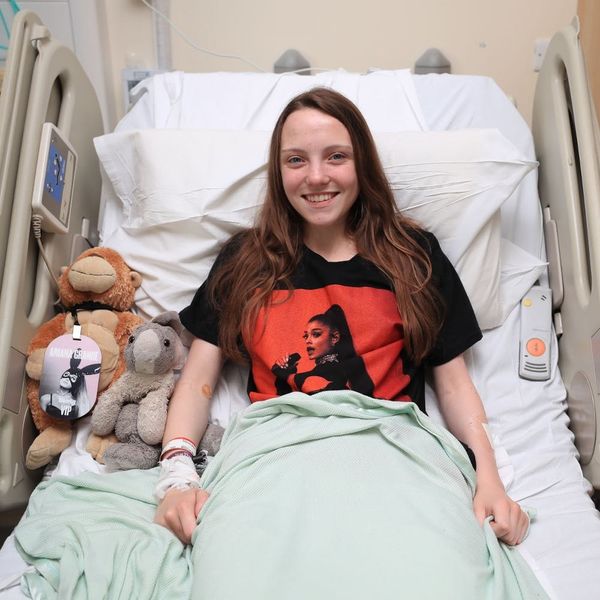 As the world grieves for the victims of the Manchester bombing and people are getting bee tattoos to show their support, one of the survivors, 15-year-old Millie Robinson, is dealing with the ordeal by live-tweeting her hospital-bound, post-surgery recovery — and in the process, giving the world the ray of light it needs after such a tragic event.

Monday night started out like no other for Robinson, who got the chance to meet Ariana Grande before the concert, surely a dream come true. But after the show, while leaving the arena to meet her dad, Robinson was injured by the explosion that left shrapnel embedded in both of her legs.

Though her dad found her and immediately attempted to stop the bleeding, the impact left “holes” in her limbs. Her mom revealed to The Sunday Times that the heroic teen actually told paramedics to “go and see other people who were more injured than her” during the chaotic tragedy.

I look awful but thank you all, I love you all so much, stay safe ❤ pic.twitter.com/CT08v3Mcw8

Days later, Robinson remains in hospital and has been live-tweeting her experience to the amazement and delight of her supporters who now span the world.

Not to mention the fact that she received a very special guest when the Queen herself stopped by for a visit to check in on the victims of the bombing.

hey everyone! im okay thank you, ive got a cut above my eye & a wound on my arm and i have an operation to repair the holes in my legs-

Millie gave updates on her condition as she faced an additional surgery, and continues to assure everyone of her positive outlook. It’s a total inspiration.

-ruin something so amazing for me❤

From the looks of it, this experience will only make her stronger and more fabulous in the end.

doing well & feeling a lot better❤ thank you for all your love and support❤ pic.twitter.com/WGfeIB7bTr

Are you inspired by Millie Robinson live-tweeting her recovery? Let us know @BritandCo!