We Now Know the Names of the Manchester Bombing Victims 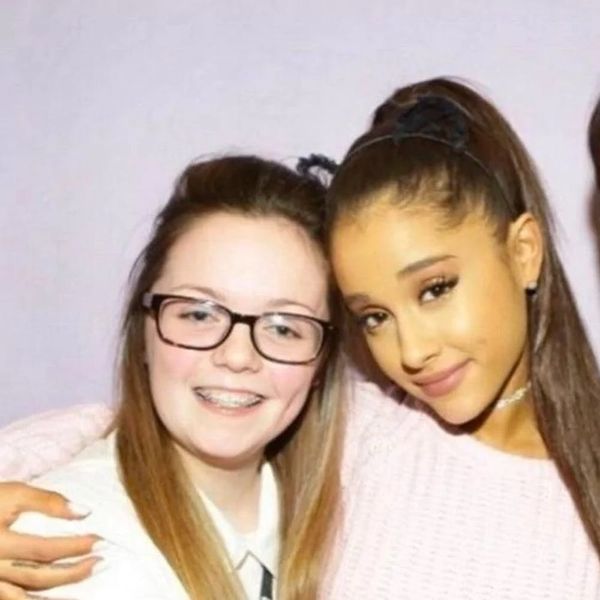 As officials continue to sort through the tragedy that occurred at this week’s Ariana Grande concert in Manchester, we are now learning more about the victims of this heartbreaking and senseless attack.

With reports saying that anywhere from 60 to 119 concert-goers were injured, 22 innocent people were confirmed killed during Monday’s horrifying incident, where a device that was filled with bolts and nails was detonated, causing 21,000 innocent people to flee the arena. Many who were killed were parents waiting to pick up their children from the event, while the youngest named victim was merely eight years old.

The first victim to be identified and named was 18-year-old Georgina Callander. Callander had met her pop idol, Ariana Grande, years earlier, which resulted in a picture of the two that circulated immediately after Callander’s passing, with the singer’s arm embracing the fan who loved her and her music so much.

15-year-old Megan Hurley has been confirmed as one of the Manchester victims by her aunt. Her parents are currently at the hospital with her brother Bradley, who was injured in the attack.

18-year-old Courtney Boyle and her step-dad, 32-year-old Philip Tron, have been confirmed among the casualties of Monday’s tragic event. The Telegraph reports Courtney’s mother as saying: “My stunning amazing beautiful daughter, you were my rock. You made me so proud with all you had achieved, and my gorgeous crazy Philip, you made my world a happy place and now you are both my angels flying high in the sky.”

Friends and family of 50-year-old mother Wendy Fawell, who was described as “a beautiful woman,” had been searching for their loved one without success when they were informed on Thursday that her body had been found and identified.

Off-duty police officer Elaine McIver was killed during the explosion while her husband, Paul, and children remain in hospital with serious injuries.

14-year-old Eilidh MacLeod, from the Scottish island of Barra, was attending the concert with her 15-year-old friend, Laura MacIntyre. While MacIntyre was located in hospital with severe burns nearly 20 hours after the attack, it has been confirmed that MacLeod has passed. Her parents released a statement, saying, “Our family is devastated and words cannot express how we feel at losing our darling Eilidh.”

17-year-old Chloe Rutherford and 19-year-old Liam Curry may have been young, but “wanted to be together forever and now they are,” their families said in a joint statement. “On the night our daughter Chloe died and our son Liam died, their wings were ready but our hearts were not.”

14-year-old Sorrell Leczkowski from Leeds was attending the concert with her aunt and mother who were both injured and remain in hospital.

14-year-old Nell Jones has been confirmed as one of the victims, and her school’s Headteacher, Dennis Oliver, told Express.co.uk, “It has now been announced in the school that Nell has unfortunately died. I have just done six assemblies to tell the pupils. Children are all over the place crying. We are all devastated.”

Martyn Hett’s boyfriend, Russell Hayward, confirmed his love’s passing with on Twitter, saying, “We got the news last night that our wonderful, iconic and beautiful Martyn didn’t survive… love you Martyn. I always will.”

The world ached for Millie Kiss when a picture circulatred of the 12-year-old child being comforted by a police officer while draped in an over-sized coat.

Thank you to the police officer who held her daughter Millie Kiss all night… she was only 12. pic.twitter.com/nKtrsnXqbS

Unfortunately, Millie’s mother (who was also a loving mom to two sons), 45-year-old Michelle Kiss, was killed during the attack.

50-year-old Jane Tweddle-Taylor was trying to be helpful by picking up a friend’s daughter from the concert when she was killed by the explosion. A receptionist at South Shore Academy in Blackpool, Principal Jane Bailey said, “Our thoughts are … with her family at this dreadful time and in particular her three daughters. In our school family and theirs … she is irreplaceable, much loved and will never be forgotten.”

42-year-old Marcin and 40-year-old Angelika Klis were at the venue to pick up their children, one who is a 20-year-old student at York College and the other who is underage and has now been placed in the care of social services.

32-year-old Kelly Brewster had attended the concert with her 11-year-old niece Hollie and 34-year-old sister Claire. When the explosion went off, Claire’s jaw was broken as were Hollie’s legs, but as Kelly was in front, she shielded the other two, likely saving both of the lives while sacrificing her own. Leaving behind a young daughter, her partner, Ian Winslow, took to Facebook according to The Telegraph, saying, “Kelly really was the happiest she has ever been and we had so many things planned together. My daughter Phoebe will be absolutely devastated like we all are.”

Olivia Campbell’s mother confirmed that the 15-year-old had passed during the attack, saying, “RIP my darling precious gorgeous girl Olivia Campbell taken far far too soon go sing with the angels and keep smiling mummy loves you so much.”

26-year-old John Atkinson’s passing was confirmed by police, which sparked an outpouring of grief from friends who remembered him as a fun-loving fan of music who was an “amazing young man” and a “beautiful soul.”

45-year-old Alison Howe and 47-year-old Lisa Lees were both mothers simply waiting together in the arena foyer to pick up their children after the Ariana Grande concert, and have both been confirmed as victims of the heartbreaking attack.

Saffie-Rose Roussos was the youngest victim of the Manchester attack. Just eight years old, she passed away from her injuries at the concert, leaving a heartbroken world behind. Her mother, as well as her two sisters, Lisa and Ashlee, are all being treated for shrapnel injuries in separate hospitals.

Our deepest condolences to each of the victims’ friends and families. The world is grieving alongside you.