4 Tips for Maintaining Your Fling Over Winter Break 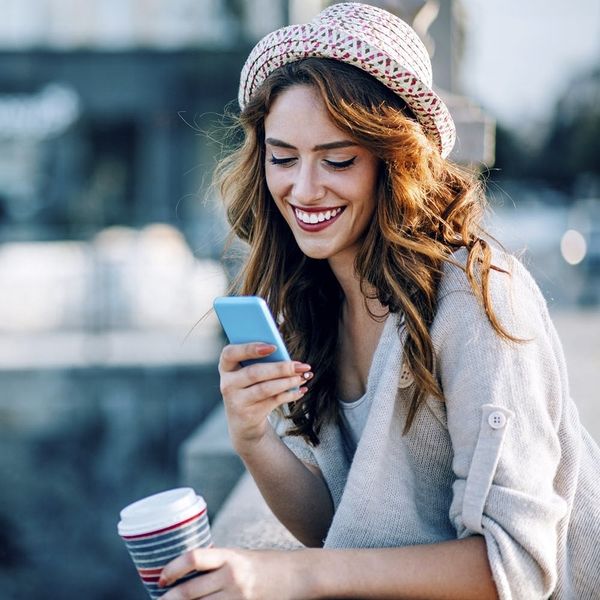 Each year, as soon as the clock strikes midnight on November 1, cuffing season begins (as if all the updated relationship statuses in your feed weren’t enough of a reminder). This mad dash for monogamy lasts until Valentine’s Day and is actually driven by biological factors. Unfortunately for college kids, though, cuffing season is cut right in half by winter break. If you found yourself a cuddle buddy but didn’t have time to turn it into a committed relationship before finals ended, the month apart can be tricky to navigate. We spoke with Columbus, Ohio-based relationship coach Jonathan Bennett about how to keep the fling afloat until next semester, even if you haven’t DTR‘d.

1. Stay in touch. ‘Tis the season for texting and FaceTime. Thankfully, technology has made it pretty easy to keep in touch no matter how many miles separate you and your boo. By making time to talk to them, even if it’s through a screen, you’re letting them know you consider them a priority. And according to Bennett, halting communication sends the opposite message loud and clear too. “If you take forever to respond to texts and rarely engage him or her, don’t be surprised if he or she looks elsewhere for attention or gradually loses interest,” he says.

2. Keep busy. Although it’s important to keep up contact, try not to have your nose in your phone too much. “When you’re separated from someone you like but haven’t had the ‘DTR’ talk, it’s very easy to overthink everything, whether it’s analyzing social media posts for clues or obsessing over who that new guy or girl is in a Snapchat story,” Bennett says. The holidays are a time to spend with your family and hometown friends, so put the phone away and be present in this season’s festivities. This way, you’ll be too distracted to think about the uncertainty of your relationship status.

3. Remain confident. If things were going well between you two prior to break, it’s likely they’ll proceed that way after you return. Make a point not to act needlessly jealous or controlling throughout the month, as these are sure ways to sabotage a relationship in the making, Bennett says. Use your communications over break as the needed reassurance that things are still moving in the right direction.

4. Be realistic. Again, Bennett stresses calm and relaxed over needy and possessive. If you and your crush have yet to define the relationship, then you must remember you’re not actually in one. “You have to take an attitude of detachment toward the other person,” Bennett says. If you catch yourself having difficulty emotionally detaching during your time apart, perhaps that’s a sign DTR-ing should be on your to-do list next year.

How have you handled this sitch? Tweet us @BritandCo!

Annamarie Higley
Annamarie is a Californian who's been plopped in the middle of Missouri for her undergraduate studies in magazine journalism. She's a hiker, an eater, a lover of words. In her opinion, nothing beats a well-made breakfast sammy or a well-crafted sentence.
Dating
Relationships
Dating love Relationship Advice