This Is the Biological Reason for Cuffing Season 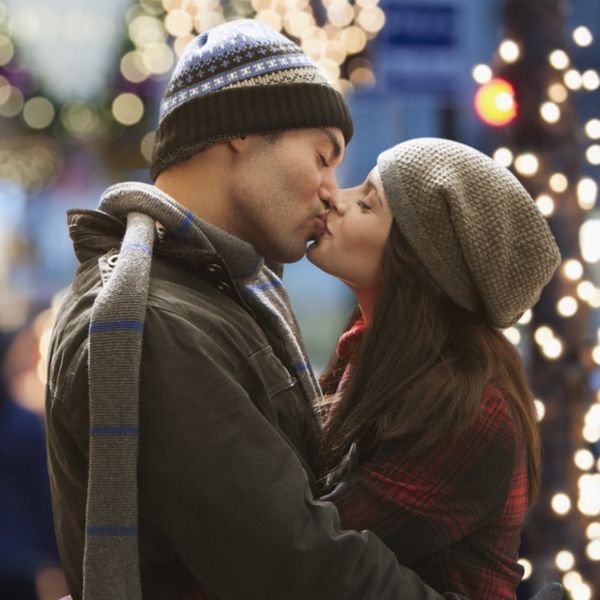 So far, 2017 has brought us plenty of new dating trends. Some will stick and some will fade away, but it seems like cuffing season is here to stay (until next year, anyway!). The cold weather means more binge watching, more snuggling, and therefore more time spent finding someone to snuggle with. Whether you plan on taking part in this annual romantic tradition or not, you may be wondering where cuffing season comes from in the first place. Caitlin Bergstein, a matchmaker for Three Day Rule, offers up some scientific rationale behind this dating ritual.

“Cuffing season stems from a biological need to survive,” Bergstein says. “Thinking back to the caveman days and Darwin’s theory of survival of the fittest, men and women literally had to match up to survive the colder months.” Part of this biological theory implies that survival means passing along genes — and to pass along your genes, you need to, ahem, find a mate. According to Bergstein, birth data shows that more babies are born during the late summer months, which means those babies were conceived during the wintertime. Considering additional studies that show there is a physiological increase in testosterone and estrogen levels during the winter, we can assume that, biologically, our bodies are programmed to want a mate during this time of year.

You might not be feeling a primal urge to meet a partner during the winter months. In fact, you’re probably feeling more social pressure than anything. Bergstein says that shorter, darker days make you feel more sluggish, which makes you less eager to go out after work. The less you go out, the fewer people you meet, which decreases your pool of potential partners. “With less options readily available, many people settle into a relationship rather than continue searching,” Bernstein says. “Having a warm body to snuggle up with in the winter allows people to avoid feeling devoid of the human and social interactions they mentally and physiologically crave.”

Another simple explanation for cuffing season is the romance associated with this time of year. While there is less social interaction, there are plenty of holiday events that necessitate a plus one. “Whether it’s holiday parties, your family asking why you’re single, or the constant barrage of romantic movies on TV, the holidays can be a tough time to be single,” Bernstein said.

Whether you choose to partake in cuffing season or not, it’s always nice to know the science behind the practice. As it turns out, this “new” dating trend isn’t so new after all!

Does this science make sense to you? Let us know @BritandCo!

Gabrielle Gresge
Gabrielle Gresge is a Chicago native and journalism student at the University of Missouri. While not chasing deadlines, she enjoys giving campus tours, exploring her new home, and missing her old one. She loves to write about these experiences in her own handwriting at gabriellegresge.wordpress.com.
Dating
Relationships
Dating love
More From Relationships