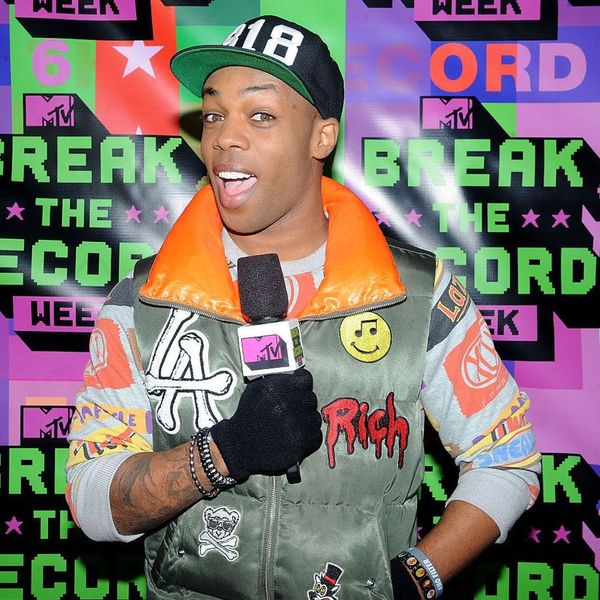 Todrick Hall’s career spans everything from TV (he’s a guest judge and choreographer who appears regularly on RuPaul’s Drag Race) to the stage (he’s written, produced, and starred in a Wizard of Oz remake called Straight Outta Oz) to music. Besides his own albums, the multiple-threat performer also creates epic videos where he performs four-part harmonies to create seamless musical supercuts. While Hall’s “4 The…” numbers usually encompass the work of one single artist (such as Beyoncé or Taylor Swift), his “4 The 90s” supercut is the ultimate in nostalgia for those who love everything 1990s.

Starting with Hanson’s “MMMBop” and transitioning through *NSYNC and Britney Spears, this all-’90s remix seemingly covers every major hit from the ’90s. Hip hop, pop, rock ‘n’ roll, and even Whitney Houston are given the Hall treatment.

Hall (who wears some truly awesome ’90s-inspired getups in the video) choreographed himself in four different personas who interact with each other, making the whole medley even more epic. During the “My Heart Will Go On” portion of the remix, two of the versions of Hall spread their wings like Rose aboard the Titanic, while the other two hold on like Jack.

If you’re new to Hall’s work, his live stage version of The Wizard of Oz has become something of a cult hit, touring the US extensively over the last year. In it, Hall recounts his own rise to fame in Los Angeles while intermingling it with his favorite musical. Straight Outta Oz was also released as an album in 2016 and features Joseph Gordon-Levitt, RuPaul, and Perez Hilton, among others.

With so many different videos to choose from, Hall’s YouTube channel is the perfect procrastination tool, so if you’re counting down the clock, this could be your antidote to the Friday blahs.