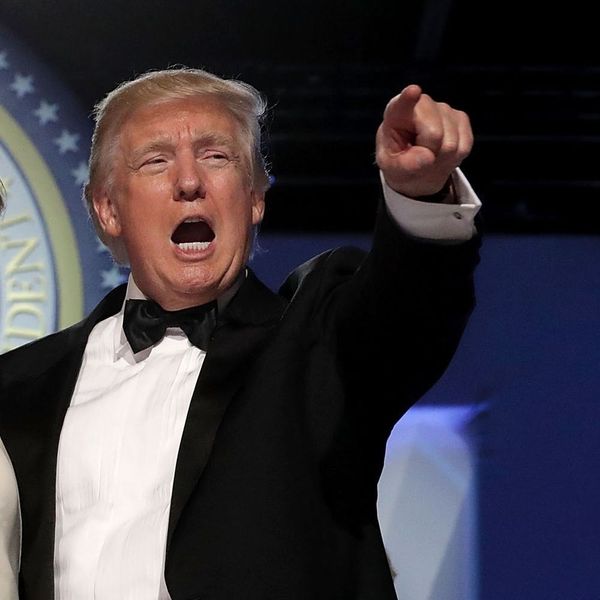 In her eight years as First Lady, Michelle Obama worked to promote education and health initiatives for children in our country and abroad. Now, according to reports, Donald Trump’s administration is rolling back the efforts she made.

“If kids aren’t eating the food, and it’s ending up in the trash, they aren’t getting any nutrition, thus undermining the intent of the program,” Perdue said, according to USA Today.

But critics call the move dangerous, claiming it puts business interests before the needs of children.

Meanwhile, the future of another program the former first lady launched is in question. Let Girls Learn was founded in 2015 to provide adolescent girls the education they deserve by investing in programs globally. But, according to a CNN report early Monday, the Trump administration planned to pull it.

Around the world, 62 million girls are not in school. Follow @USAID to see what you can do to help #LetGirlsLearn http://t.co/X706MT7FXr

“Moving forward, we will not continue to use the ‘Let Girls Learn’ brand or maintain a stand-alone program,” read an internal email sent to Peace Corps employees by LGL’s Sheila Crowley and obtained by CNN.

Trump is ending Michelle Obama's "Let Girls Learn" ed program but he's willing to tell the girls where they could stand to lose a few lbs.

of course nothing threatens @realDonaldTrump more than educated women #LetGirlsLearn

RT if you prefer our tax dollars were used to fund the "Let Girls Learn" initiative instead of to pay for Trump's weekly golf outings.

He can shut down programs, but never our movement. Let's make sure the spirit of empowerment & compassion behind #LetGirlsLearn lives on. pic.twitter.com/yepFOF3hZp

Shortly after social media outrage began to spring up, the White House disputed the report that the initiative was being terminated. “There have been no changes to the program,” Kelly Love, a White House spokeswoman, told CNN.

But, the site notes, “the White House did not say whether Let Girls Learn would be maintained in the future as a standalone program — and they also did not directly address the memo or why it had been sent.”