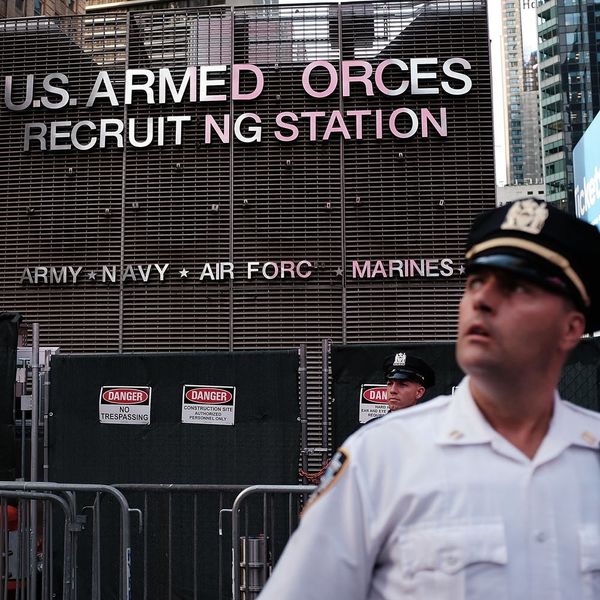 The Supreme Court voted Tuesday, January 22, to lift blocks that have kept President Trump’s transgender military ban from taking effect. The decision means it may only be a matter of time before transgender service people are forced to leave their positions within the military.

In a five to four ruling, SCOTUS voted to lift injunctions against the most recent version of the transgender military ban (called the “Mattis policy”) while a broader ACLU suit against the ban, Stone v. Trump, continues in lower courts. The move to reinstate a decades-long ban on openly transgender military personnel — an effort that has become a cornerstone of the administration’s bigoted policies — should be worrisome to all Americans, not just transgender and LGBTQ+ people.

Tarah Demant, director of the Gender, Sexuality, and Identity program of Amnesty International USA, spoke with Brit + Co late Tuesday and told us that the ban has implications that extend way beyond the eligibility of transgender service members. Demant thinks it should be read as a warning: that the Trump administration is attempting to undermine basic rights for all Americans.

“[The ban] doesn’t just affect trans people, and it doesn’t just affect LGBT people,” Demant told us by phone from her office in Washington, DC. “It’s part of a rollback of basic human rights that’s being implemented by this administration, so we’re all implicated in that.”

Demant stressed that, while we should be concerned for the sake of any person or group whose human rights are undermined by any government, policies like this ban are never just about the targeted population. Nevertheless, it’s important to note that the transgender community has been repeatedly singled out by the Trump administration since the president took office.

In February 2017, Trump announced plans to reverse an Obama-era protection of transgender students’ right to use whichever school bathroom best corresponded with their gender identity. In October 2018, the New York Times reported that a leaked memo from the Department of Health and Human Services indicated plans to narrow the legal definition of gender to align with a person’s genitalia at birth — effectively erasing transgender people out of legal existence.

Demant sees the attacks on transgender rights as “part of a much larger pattern by this administration seeking first to define a person’s body, to control a person’s body by defining who exists and who doesn’t exist, and then by stripping the rights away from those people that they decide aren’t fully human enough.” The administration’s rhetoric and policy regarding undocumented immigrants can be seen as another example of this pattern, which Demant urges us to pay attention to.

While the legal battle over the fate of transgender service members continues, Demant wants to remind us that it’s not too late to speak up, especially to our elected representatives — and particularly if they’re members of the GOP. “Republicans need to know that their constituents care about this and that they expect Congress to act,” she told us.

Kat Armstrong
Kat has been a writer, social media maven and mom for longer than she's willing to admit. She's also spent time in front of and behind the camera, interviewing celebs, politicians and acting as a producer for fashion and artistic photography shoots. When she isn't writing for various orgs and publications, she's hanging with her kids, husband and French Bulldog, Peter, in Toronto, Canada.
LGBTQ
Gender Issues
LGBTQ Politics