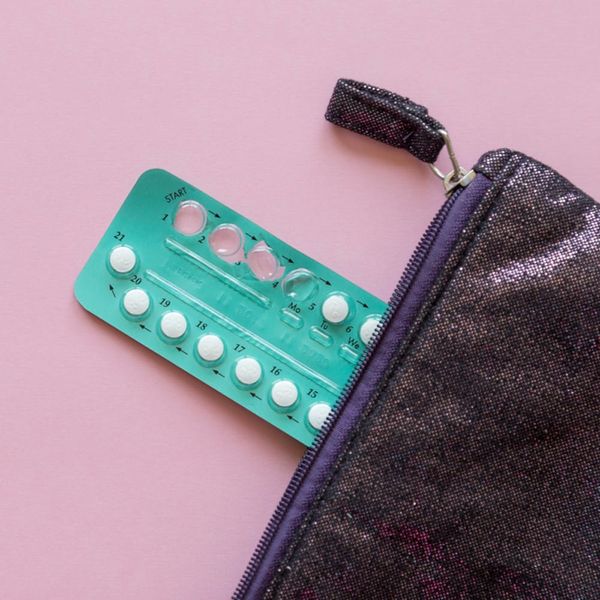 Even though we know the basic (ahem) ins and outs of conceiving, fertility sometimes feels more like magic than science. Unfortunately, this leads to a lot of myths that create more confusion and potentially pain for those who are struggling to conceive. Based on the findings of a survey on infertility fears by BodyLogicMD, we’re debunking six popular myths about fertility once and for all.

1. “Birth control affects fertility after you stop taking it.” Although 57 percent of the childfree millennials surveyed say they’ve delayed having children, 72 percent want them eventually. However, a quarter of all those who responded worry that taking hormonal birth control could continue to affect fertility even after stopping it. “All effects of the pill are reversible, and the ovary reverses to the same level of functioning before the patient started taking the pill,” reassures Dr. Ralf Zimmermann, MD, OB/GYN, reproductive endocrinologist, and Medical Director with Neway Fertility. This means that once you stop taking the pill, your cycle should go back to the way it was before you started. The possible exception, Dr. Zimmermann cautions, is if you stop in your late 40s or early 50s: “Pre- and post-pill cycle rhythm can be different if you stop taking the pill close to menopause (occurring around the age of 51).”

2. “Most people have trouble conceiving.” First of all, if you are struggling to conceive or are facing infertility problems, you are far from alone. Research by the National Center for Health Statistics found that 11 percent of women age 15 to 44 have experienced impaired fertility: That’s over 7 million people who’ve had some issue conceiving. That said, the survey found that women overestimate their likelihood of having fertility problems: About two-thirds of women who responded worry that they can’t have children, compared to a third of men. In reality, research has found that in heterosexual cisgender couples who are having trouble conceiving, men and women are equally as likely to be the one with the fertility problem, while in the remaining third of couples either both have issues or the problem can’t be identified. “Anecdotally, women face a lot more societal pressure around fertility than men do,” admits Dr. Bat-Sheva Lerner Maslow, MD, reproductive endocrinologist at Extend Fertility. “It’s a scientific fact that a [cisgender] woman’s fertility declines as she ages. Unfortunately, many [cisgender] women are not ready to have children during their peak reproductive years. This creates a lot of pressure that [cisgender] men don’t experience in the same way.”

3. “Irregular periods indicate infertility.” The prime reason women fear they’re infertile is because they experience irregular periods, but Dr. Maslow explains that this doesn’t necessarily indicate infertility. “Many [cisgender] women experience irregular periods at different times in their lives,” she reassures us. “It doesn’t have to be a sign of something more serious going on. Disruptions to sleep, exercise routine, and stress levels can alter the delicate balance of hormones that regulate the menstrual cycle.” While irregular periods aren’t necessarily a sign of a problem, they can make conceiving harder, Dr. Maslow elaborates. “Irregular periods pose an added challenge for [people] who are trying to conceive because the peak time of fertility (around ovulation) tends to be about 14 days before the next period starts. But if you don’t know when that will be, it can be hard to try to time intercourse appropriately. If this is the case, it’s worth bringing up to your gynecologist sooner rather than later.” And if it’s been going on for a few months, you should see a doctor. “Longstanding irregular cycles, especially when [people] go more than three or four months without a period, could be a sign of more significant issues, and it’s worth a check in with the gynecologist.”

4. “Putting a laptop on your lap impacts fertility.” If you’ve ever zoned out while typing on your laptop only to suddenly feel things below the belt getting a little overheated, you may have wondered if you’re doing damage to some important reproductive organs. The survey found that 31 percent of respondents believed this too; but while Dr. Maslow says that she can see the logic — particularly for people producing sperm — there’s no real evidence to support the concern. People with functioning testes, she says, “are constantly producing new sperm. That constant sperm production means that the mechanics are very sensitive to environmental factors like heat, wetness, smoking, excessive alcohol, weight gain, weight loss, etc. So in theory, long exposures to heat could impair sperm production, but this hasn’t really been demonstrated in scientific studies.” And if you have ovaries, you’re probably totally fine. “Eggs, on the other hand, are very well protected from the environment and are not likely to be affected by external factors.” Worry about your laptop’s hard drive instead!

5. “Drinking Mountain Dew affects sperm count.” This myth started circulating in the ‘90s, primarily among teenage boys — a demographic not known for its factual knowledge when it comes to conception. However, a quarter of respondents still believe it! It’s not Mountain Dew specifically that has been accused of lowering sperm count, but rather the key food dye that gives it that distinctive color. The dye is known as FD & C Yellow No. 5, or tartrazine, explains Dr. Zimmermann, who adds, “No negative impact on sperm function has been reported by this compound.” The coloring has been approved by the Food and Drugs Administration (FDA) for use in food, cosmetics, and drugs. The only note they give is that some people may be allergic, which is why products that contain tartrazine must be labeled accordingly — but that’s true of any food dye.

6. “Infertility is a deal-breaker for most people.” Thinking that you can’t conceive a child can be heartbreaking for so many reasons, including believing that no one will want to date you. The survey found that 50 percent of women and 48 percent of men believe infertility would be a deal-breaker for a prospective opposite-sex partner. However, only 13 percent of men and 19 percent of women said they wouldn’t date someone who couldn’t conceive a child, suggesting that while infertility can be a real challenge, it doesn’t have to be the end of every aspect of your life.

RELATED: Here’s How to Deal With Irregular Periods