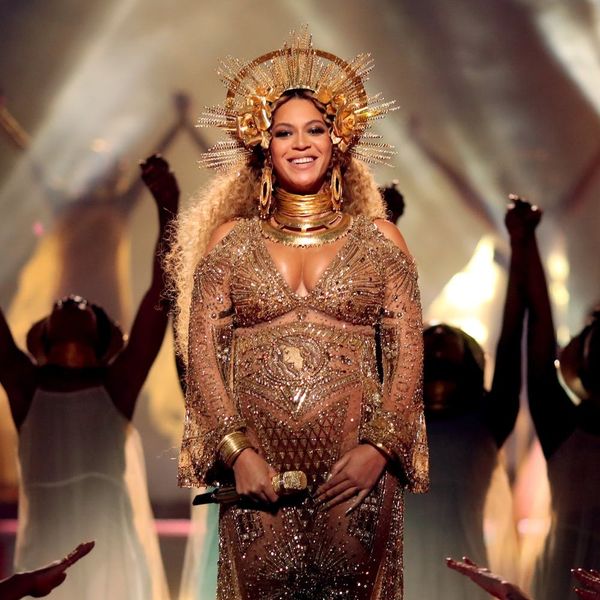 We were wildly giddy over the arrival of George and Amal Clooney’s twins, Ella and Alexander, when they made their big entrance into the world just over a week ago. But now we’re counting down the minutes until the birth of Beyoncé’s little ones. Excitement about the babies is at peak levels ATM, as Twitter is lit with (unconfirmed) buzz that Queen B may be in labor RIGHT NOW!

Sources confirmed to Us Weekly that a significant amount of security has appeared at an LA hospital, prompting suspicion that the precautions are being taken for a very high-profile celeb. If you consider the fact that major security measures were taken when Blue Ivy was born, the speculation makes some sense.

Beyoncé is in labor.
the twins are on their way. pic.twitter.com/mmLUfGeKaH

DON'T LET THESE TRASH FINALS DISTRACT YOU FROM THE FACT THAT BEYONCÉ MAY BE IN LABOR RIGHT NOW #BeyHiveSupportsBeyonce pic.twitter.com/au85XjDJAO

Beyonce is in labor, my uterus can feel it I swear she's releasing the twins

Beyoncé is in labor which means I'm in labor too sorry I can't study today I gotta lay in bed all day pic.twitter.com/aPvqTzHX8A

Nurse: Hey doctor we need you to come in, Beyoncé is in labor

Folk are reporting that Queen Mother, Queen Beyonce is in labor.

I'm not ready for White Lotus and Purple Reign.

The Beyhive has grown pic.twitter.com/7KeCrE8G72

Do you think Beyoncé might be in labor? Let us know @BritandCo!