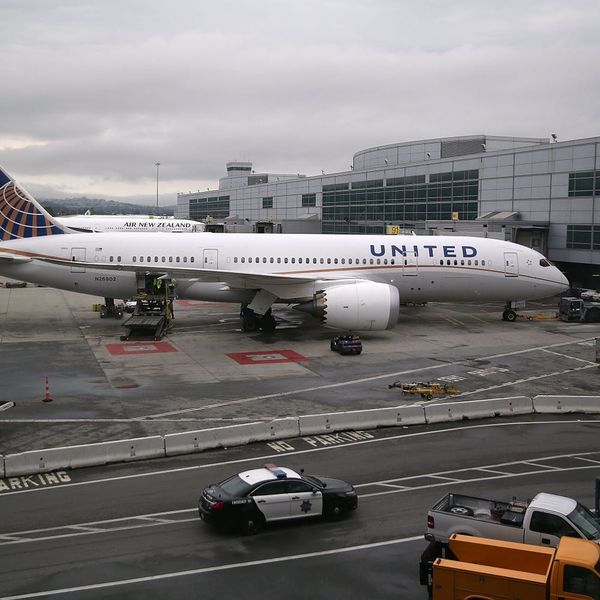 Just when you think things couldn’t get any worse for United Airlines, BAM! A scorpion falls into a dude’s lap. Seriously. The airline, which is already in hot water over their violent treatment of a passenger (causing a furious backlash and unbelievable drop in value), just continues to provide their customers with truly nightmarish situations — this time with an actual stinging scorpion.

Occurring on the very same day that David Dao was wildly mistreated, a man named Richard Bell was flying from Houston to Calgary when suddenly a live scorpion dropped out of the overhead bin and LANDED ON HIS HEAD! Shaking it off (surely not knowing it was a freaking 1.5 inch-long scorpion), it landed on his tray table and when he picked it up (why would you do that?!), it stung the shocked man.

Luckily, Bell wasn’t seriously harmed, saying that it felt like he had been stung by a wasp. The scorpion wasn’t so lucky, as it was quickly flushed down the toilet.

Though there’s no word on where the scorpion came from (though it’s assumed it was merely a stowaway), this surely won’t be a trip Richard Bell soon forgets. You know what they say…

Have you ever had a nightmarish travel experience (scorpion-related or otherwise)? Let us know @BritandCo!