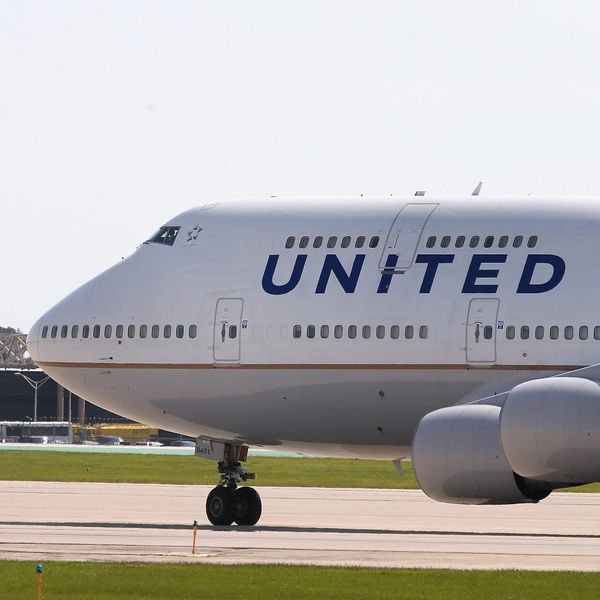 Things just keep getting worse for United Airlines on the heels of a passenger’s violent removal from one of the airline’s planes. Footage of the passenger being dragged off the plane was posted to Facebook on Sunday and promptly went viral, sparking immediate outrage over the airline’s rough treatment of a paying customer. Though the airline’s CEO is defending his claim that the extreme action was necessary, people are cutting ties with the company in any way that they can, and as fast as possible. While this might finally get the CEO to change his mind and see the error of United’s ways (or, more likely, not), you won’t believe how much United’s value has dropped in just two days.

Ready for some nutso numbers? According to Gizmodo, United’s market capitalization (which is basically what the company is worth) has already fallen by more than $750 million. Whoa!

Granted, United is still worth roughly $21.70 billion, but considering they fell from $22.5 billion in a matter of hours (on top of the fact that a sincere apology looks to be nowhere in sight), this could mean the airline is in some serious trouble. That is, even more trouble.

For those who prefer a little visualization, just check out this chart:

See the line PLUNGE? Yeah, that’s not good for United. In fact, it’s a freakin’ disaster. But perhaps totally deserved?

Are you surprised by how much United has already dropped in value? Do you think they deserve it? Let us know @BritandCo!

Desiree O
Desirée O is a ‘Professional Bohemian’ who loves anything and everything related to the arts, entertainment, and pop culture. She ADORES being a ‘Newsy’ for Brit + Co, covering all of the latest tidbits of awesomeness that you want to read about. When she’s not writing, she’s either making messy art, going on long adventurous walks with her camera, or poking around over at bohemianizm (http://www.bohemianizm.com/). You can find out about Desirée O and her work at http://DesireeO.com/ or follow her on Twitter @DesireeO.
Controversy
Entertainment
Controversy
More From Entertainment