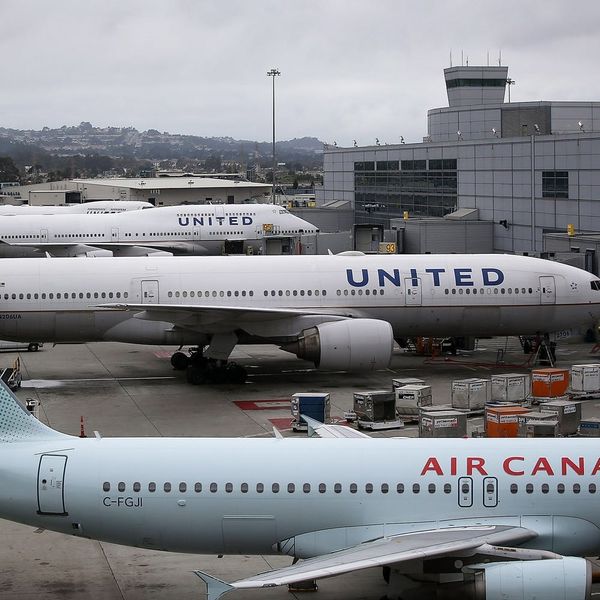 Just a few short weeks ago, United Airlines was in major hot water for refusing to allow two girls onto a plane while wearing leggings, a move that many felt was discriminatory. Now the airline is under scrutiny once more, as new footage surfaced this weekend of a passenger being dragged off a flight before it could take off — and the airline’s reasoning has a lot of people scratching their heads.

In a video that surfaced on Facebook over the weekend, a middle-aged male passenger is seen being forcibly removed from a United flight after passengers were warned that the plane had been “overbooked.” The airline then randomly selected four passengers who were already seated on the plane to be removed and rebooked on a different flight. One passenger said he was a doctor who couldn’t leave the flight as he had patients to see in the morning. He was then forcibly removed from the plane, only to reemerge later, woozy (according to eyewitness accounts).

Amid the controversy, United CEO Oscar Munoz issued a statement on Twitter:

The internet is not having it, however, with many people taking to social to chide the company about its behavior and subsequent lack of apology:

Nice to know "re-accomodate" on United now means "drag you violently out of your seat."

Oscar Munoz, CEO of @United, I hope your resume is up to date. You're about to be re-accomodated. Worst crisis PR response I've ever seen.

While others are trying to see the humor in the situation:

Things to bring on a @united flight:
1) a helmet
2) fancy pants*
3) a lawyer's contact info
*leggings do not count

Pepsi: we are the MOST hated company.

Getting ready for my United Airlines flight. pic.twitter.com/UX9j7lLPft

While it seems like the company will be facing some serious scrutiny in the next weeks and months, the Chicago O’Hare security officer who dragged the passenger off the plane has now been suspended in wake of an investigation. While we’re not sure what will happen with this particular event, it will definitely make you pause before booking your next holiday.

Have you ever been involved in a serious incident while traveling? Tell us about it @BritandCo!