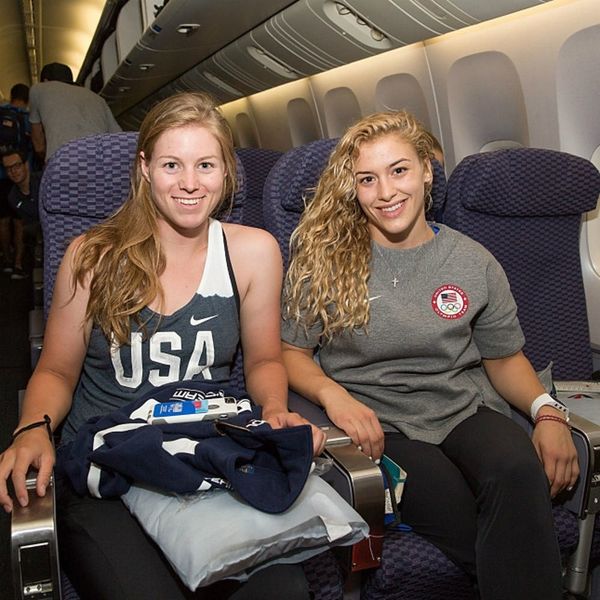 This weekend, we got news that two young girls, one of whom was only 10 years old (WTF!?), weren’t allowed to get on board a United Airlines flight with their dad because, according to the airline, they weren’t following a specific dress code. United is no stranger to controversy, but this issue goes beyond not allowing women to board a flight. With more and more news coverage around fundamental human rights, thanks in part to the wildly successful Women’s March on Washington, more people are talking about the rights of girls and women and why incidents like this need to stop.

While United continues to defend the corporate dress code, what actually happens when we police perfectly acceptable clothing on girls and women is that we continue to force women to “behave” based on old-school and outdated standards. Telling a girl that a pair of leggings are not acceptable basically tells her that her body is not her own, that she’s not fit to dress herself, and that her clothing choices should be more about what others will think and less about what she feels comfortable in.

While some might argue that this idea is going overboard, it’s easy to see that women’s choices in clothing are often criticized where men’s are not. In this incident, the father was wearing shorts without being questioned, yet his two daughters (with fully covered legs) weren’t allowed to board. It’s obvious something is wrong here.

While it seems like the airline isn’t backing down any time soon, we need to demand that sexist dress code policies change quickly.

Have you ever faced clothing discrimination? Tell us about it @BritandCo!

Kat Armstrong
Kat has been a writer, social media maven and mom for longer than she's willing to admit. She's also spent time in front of and behind the camera, interviewing celebs, politicians and acting as a producer for fashion and artistic photography shoots. When she isn't writing for various orgs and publications, she's hanging with her kids, husband and French Bulldog, Peter, in Toronto, Canada.
Style News
More From Style News