That ‘Veronica’ Mars’ Revival at Hulu Is Officially Happening — Get the Details! 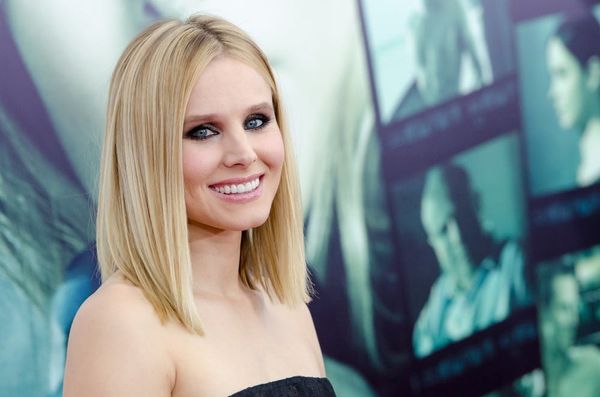 It’s really happening! We first heard rumors about a Veronica Mars revival back in August, but now it’s official: Kristen Bell, AKA Veronica Mars herself, confirmed that new episodes are headed to Hulu in the not-too-distant future.

Attention all Marshmallows: BREAKING NEWS!!!!! We are OFFICIALLY back in business!!! A new #veronicamars series is coming back, on @hulu !!!! Veronica has always been a super hero without a Cape. And I think shes exactly what the world needs right now. Thank you to all my fellow marshmallows who stayed excited. Thank you to @hulu for the opportunity. I hope we're still friends after I taser I you. 😍😍😍

“This is a very important marshmallow announcement,” Bell began in a video on Thursday, September 20, using the term of endearment for fans of the show. “Did you guys know that as of summer 2019, all the old Veronica Mars episodes will be available on Hulu to stream and rewatch?”

That’s reason enough to be excited, but there’s more: “You’ll need to brush up since WE’RE MAKING ANOTHER ONE!” Bell announced.

She continued her message to her followers in the caption, writing, “Attention all Marshmallows: BREAKING NEWS!!!!! We are OFFICIALLY back in business!!! A new #veronicamars series is coming back, on @hulu!!!! Veronica has always been a super hero without a Cape. And I think she’s exactly what the world needs right now. Thank you to all my fellow marshmallows who stayed excited. Thank you to @hulu for the opportunity. I hope we’re still friends after I taser I you.”

Hulu shared some details about the eight-episode series, too. “Spring breakers are getting murdered in Neptune, thereby decimating the seaside town’s lifeblood tourist industry,” a synopsis reads. “After Mars Investigations is hired by the parents of one of the victims to find their son’s killer, Veronica is drawn into an epic eight-episode mystery that pits the enclave’s wealthy elites, who would rather put an end to the month-long bacchanalia, against a working class that relies on the cash influx that comes with being the West Coast’s answer to Daytona Beach.”

The original Veronica Mars series ran on UPN/The CW for three seasons from 2004 to 2007. In 2014, a crowdfunded film was released in limited theaters, online, and on DVD.

Bell has been open about the fact that she would love to bring back the series. “I mean, if I have to do it as Murder, She Wrote at 80, we’re going to do it,” she said back in October 2017. “It’s going to happen.”

Are you excited about a Veronica Mars revival from Hulu? Let us know @BritandCo!