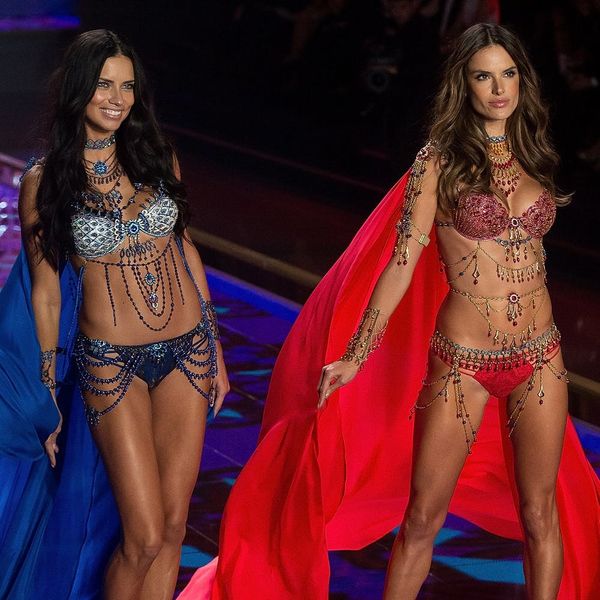 It happens every year: After the list of models who will walk in the annual Victoria’s Secret Fashion Show is revealed, the next buzzy question is, “Who will strut down the runway wearing the coveted $2M jewel-encrusted Fantasy Bra?“

I've been holding this secret for too long and I am beyond honored to announce that I will be wearing the Champagne Nights Fantasy Bra this year! I am very happy and thankful for my Victoria's Secret family for trusting me and all the support from my on family, friends and fans! THANK YOU SO MUCH!!! 😭😭😭 its official!! 💎😭

As of today, the secret’s out! Brazilian-born Angel, Lais Ribeiro, will don the glitzy brassiere for the 2017 VS show in Shanghai.

The 6′ 1″ bombshell, 27, gushed about the news on Instagram, saying she is “beyond honored” to wear this year’s dazzling gold and aqua Champagne Nights bra, designed by revered jeweler Mouawad. It’s comprised of nearly 6,000 individual gems — including diamonds, yellow sapphires, and blue topaz — and weighs a whopping 600 karats.

The VS veteran of seven years discovered she’d been selected to don the coveted bra during a regular fitting for the show a few months ago.

As per video footage of the sweet reveal, Ribeiro was shocked, ecstatic, and has been emotional ever since. “I never cried so much in my entire life — and I have a baby,” she says. “I swear to God three days [after the fitting] I was like pinching myself literally like, ‘This is not happening.’”

Ribeiro is in good company: Past wearers of the world’s most expensive bra include icons Adriana Lima, Candice Swanepoel, and Gisele Bündchen. With a league like that, we totally understand why the mom to nine-year-old Alexandre is so ecstatic. We can’t wait to watch her shine (literally!) on November 28.

What’s your favorite part of the Victoria’s Secret Fashion Show? Tweet us @BritandCo!