Move Over, Coachella: This Is the Hottest New Festival 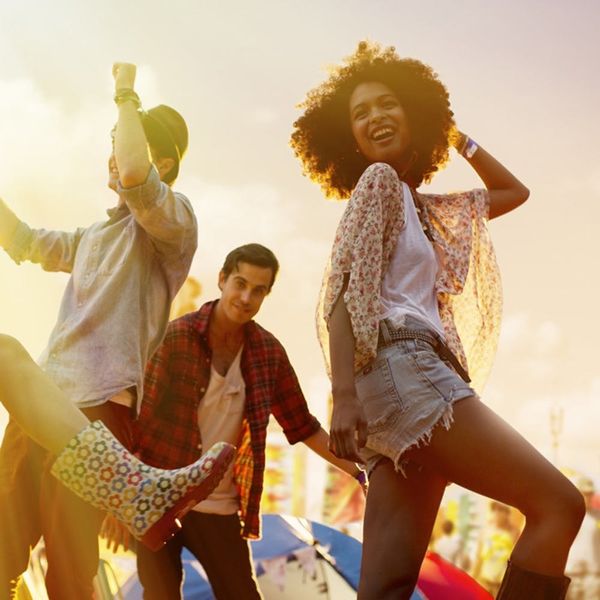 Whether you’ve been camping out at Austin City Limits since you could weave together a flower crown or you’ve given up on music festivals after the Governor’s Ball mud bath disaster of 2016 (or ’15 or ’13), there’s no denying music festivals have a major hold on pop culture. But if Virgin CEO Richard Branson has his way, the next few months might have you ditching your tie-dye threads and must-have festival tickets for… sneakers and lycra?

Yep, Branson’s newest brainchild is Virgin Sport, a weekend-long festival devoted to all things physically active. The first US-based Virgin Sport Festival will take place in San Francisco this October. Attendees will be able to run a half-marathon and/or take on other soon-to-be announced physical challenges. More of a couch potato than a gym aficionado? Not to worry: Branson says the festival’s programming will be for people of all abilities. The cost makes Virgin Sport accessible to a wide range of people too, with the registration fee of the half-marathon in the UK coming in at $52 (SF prices haven’t been announced yet).

While music festivals have largely moved away from family-friendly offerings in lieu of all-night EDM ragers, Branson is hoping that his healthy, body-positive festivals will transform our perceptions of #festilife. But music festivals aren’t the only major events Bronson is coming after. In an interview with Fast Company, Branson revealed that he also wants to take on athletic events, transforming them from spectator-only shows to thrilling, weekend-long experiences you and your friends can participate in.

Not sure if you’re ready to ditch the flash tats and dance-fueled jam sessions? Think of Virgin Sport festivals as a fun reward for sticking with your New Year’s resolutions, or maybe even an excuse to buy flashy workout gear (if you actually needed another reason). Let the online shopping begin!

Would you attend a sports festival? Tweet us @BritandCo and tell us why or why not!

Angela Velez
Angela is an MFA Fiction candidate at the University of Pittsburgh. You can find her reading obsessively, wandering bookstores and watching melodramatic television.
Fitness
Travel
Fitness
More From Travel