Coachella Who? 16 of the Coolest, Most Affordable Summer Music Festivals 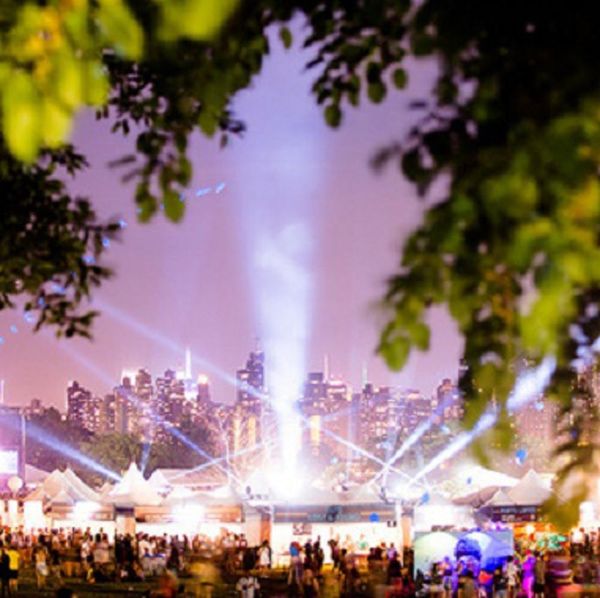 Music makes the world go ’round, making us feel productive, inspired and energized. We’re huge fans of powerhouse music festivals like Coachella and Bonnaroo, except for when tickets sell out fast and are oh-so expensive. This year, try switching up your music game and experiencing an off-the-beaten-path festival for less. From coast to coast, we’ve uncovered the coolest of cool (from jazz to rock and everything in between). Grab your crossbody purse, killer fashion sense and trusty water bottle, and get ready to rock out to some sweet, sweet music.

1. The Ride Festival (Telluride, CO, July 11-12): The setting alone is worth the trip. With stages sprinkled throughout the breathtakingly quaint Telluride, you’ll never be bored with the nature, the beauty or the music. This year’s lineup has yet to be announced, but if it’s anything like last year’s all-star line up (Edward Sharpe and Spoon, just to name a few), you’re in for a festival you’ll never forget. Ticket prices have not yet been announced. (Photo via The Ride Festival Photo Gallery)

2. BottleRock (Napa, CA, May 29-31): Now in its third year, this wine-tasting/rock festival is like nothing you’ve ever seen. Drink from local vineyards and get your groove on to Imagine Dragons, feel empowered to No Doubt and drop it like it’s hot to Snoop Dog. There’s something for everyone at this festival. Plus, it’s in Napa, baby. Score single-day passes for $99 or three-day passes starting at $275. (Photo via OurVinyl.TV)

3. Sasquatch Music Festival (George, WA, May 22-25): What do you get when you mix Kendrick Lamar and Robert Plant with Modest Mouse and Lana Del Rey? One word: Sasquatch. With a setting to make all other locales jealous, this festival has been rocking out for 13 years now and consistently delivers incredible music mixed with nature. Tickets are $350. (Photo via Christine Mitchell)

4. High Sierra Music Festival (Quincy, CA, July 2-5): Located 80 miles northwest of Reno, this festival will bring out your inner flower child. With camping included in your ticket price, High Sierra will leave you with the ultimate music high. You can buy passes for $226. (Photo via Justin Halgren)

6. Bunbury Festival (Cincinnati, OH, June 5-7): Situated right on the banks of the Ohio River, this three-day music festival is now in its fourth year. The lineup for this year includes Snoop Dogg, The Decemberists, Kacey Musgraves and more, totaling 50 acts on four different stages. Music addicts, this one is for you. Single-day passes go for $69, while three-day passes are $154. (Photo via Cincinnati Enquirer)

7. Basilica Block Party (Minneapolis, MN, July 10-11): A rock festival set with a gorgeous cathedral and the Minneapolis skyline as its backdrop, the Basilica Block Party knows how to leave you breathless. Started in 1995, this little festival has become a pretty big deal and also raises big bucks for the church’s restoration projects. We’re all for festivals with a cause. Ticket prices have not been announced yet. (Photo via @ofarevolution)

8. Summerfest (Milwaukee, WI, June 24 -28 and June 30-July 5): With a tagline like “world’s largest music festival,” you know this will be an epic time. Here are some numbers for you to absorb: 11 days over the course of two weekends, 11 stages, over 800 acts and nearly 900,000 other people just like you. We’re totally there. Single-day pass are just $19, while three-day passes cost $45. (Photo via Arizona Foothills Magazine)

9. Pitchfork Music Festival (Chicago, IL, July 17-19): This festival has love for the alt. rock genre but also makes sure to tune in to what other people want at a festival: more music. Wilco, Sleater Kinney, The New Pornographers and many more will satisfy any music craving you may have. Single-day passes are $65, while three-day passes go for $150. (Photo via TickPick)

10. Hangout Festival (Gulf Shores, AL, May 15-17): A beach of a music festival where shoes are totally optional and a swimsuit is a must. This year’s lineup includes Foo Fighters, Sam Smith, Beck… the list goes on and on and on. Plus, you really can’t go wrong with a festival that’s practically in the water. How cool is that? Tickets start at $249. (Photo via Hangout Festival Homepage)

11. Beale Street Music Festival (Memphis, TN, May 1-3): Music and Memphis go hand in hand. This festival (now in its 39th year) is held at the foot of historic Beale Street with the mighty Mississippi River as your backdrop. Three days, multiple stages and eclectic mix of music… what’s not to love? Tickets are $95. (Photo via Power 106)

12. New Orleans Jazz + Heritage Festival (New Orleans, LA, April 24-May 3): Get jazzed for this festival. The epitome of New Orleans life, Jazz Fest (as the locals call it) is a must-see at least once in your festival-hopping life. And don’t worry, there’s more than just jazz — Elton John, Pitbull, John Legend and The Who are scheduled to perform. Who’s coming with us? Tickets are $70. (Photo via David Grunfeld)

13. Wakarusa (Ozark, AR, June 4-7): Lounging in a hammock right next to your tent is the Wakarusa way of life. This year’s lineup of The Roots, Ben Harper, STS9 and then some will leave you dreaming of said hammock all night, every night. Score tickets for $179. (Photo via SEEN:imagery)

14. Governors Ball (New York City, NY, June 5-7): Island life with a twist, this three-day festival takes place at Randall’s Island Park in Manhattan. From Drake and Florence + The Machine to The Black Keys and Bjork, you’ll get your festival fix with killer shots of the Manhattan skyline. A single-day pass costs $105 and three-day passes are $260. (Photo via Governors Ball Photo Gallery)

15. Firefly (Dover, DE, June 18-21): Labeled as the East Coast Bonnaroo, this festival takes place on 105 acres of wooded awesomeness. But people don’t just come for the music. They have a Beercade (which is exactly what it sounds like), a brewery, a hammock hangout plus stations to design your own one-of-a-kind Toms shoes. Think of it as summer camp with an adult twist, all for $249. (Photo via Firefly Photo Gallery)

16. Big Guava Music Festival (Tampa, FL, May 8-9): Craft beer, food trucks, rides — oh my. A festival that delivers entertainment beyond the stage, you’ll get to catch The Strokes, Hozier, Passion Pit and more whilst you hop from one attraction to the next. A single-day pass starts at $50, and a two-day pass starts at $115. (Photo via Branden Camp)

Which of these festivals caught your eye (and ear)? Did we miss your favorite? Tell us in the comments below.

Britt Feder
Britt has a severe nail polish addiction (she owns 50+ shades). When this Midwestern gal/Oakland resident isn't painting her nails, she can be found reading a good book in the sun or enjoying a glass of champagne… bubbly doesn't need a special occasion to make you feel fancy.
Camping
Music
Camping Coachella Music road trip
More From Music