4 Ways to Speed Through Airport Security This Holiday Season, According to a Travel Pro 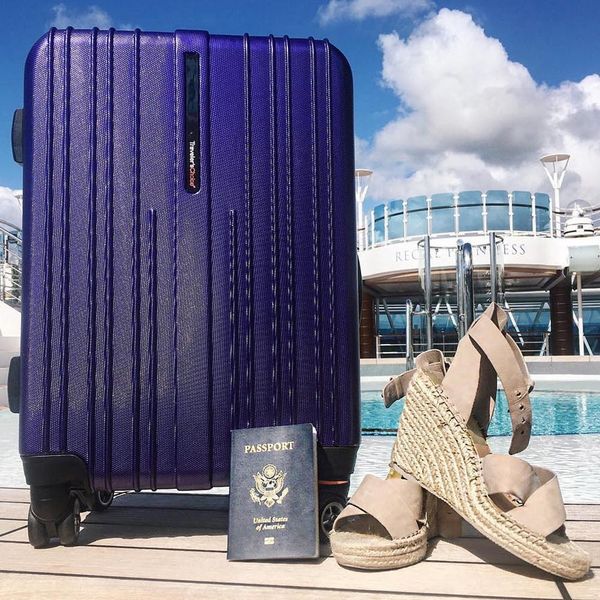 Headed home or on vacation during the holiday season? We don’t blame you for dreading a jam-packed airport and long lines that feel like total torture — especially if you’re traveling while pregnant or with your brood. To ease the stress and fear that come with flying during one of the most chaotic times of the year, we asked Andrea Feczko from ABC’s travel show Vacation Creation for some top tips. She dished four secrets that are sure to help you enjoy your smoothest trip yet.

Booking an international flight? Feczko reminds us to be mindful of military time and to double check your flight times. “As an American, we’re used to thinking that 8pm is 8pm, not 20:00,” she notes. “I’ve mixed this up before, once receiving a plane ticket to Japan with a departure time of 11:53 with a next day arrival — and I mistakenly assumed it was 11:53pm rather than in the morning. By the time I figured this out, the plane had already left without me!”

2. Get TSA Precheck. Skip the line by scoring TSA precheck, a tactic Feczko puts at the top of her list. “Remember when long security lines didn’t induce stress?” she asks. “Well, that’s what TSA Precheck is like. You don’t need to take off your shoes or tear apart your luggage to sort out liquids and electronics — and it rarely takes more than 15 minutes to get through security!” To get TSA Precheck directly (you can also score it as part of Global Entry, which will help you breeze through customs), visit tsa.gov. You’ll pay $85 for five years, which breaks down to $17/year and is well worth the time you’ll save.

New Luggage, New Passport, New Job! So excited to announce that I have a new travel show! It's called Vacation Creation and it will be on TV every Saturday at 10:30am on the CW starting October 1st. This is such a dream come true. It's all so surreal. Thank you guys for all the support and I can't wait to share with you everything on this journey. Also, big thanks to everyone on Twitter who told me to go with the new purple luggage- great choice! 👌 // Luggage: @travelers_choice

3. Choose your lines wisely. For folks who don’t have precheck, Feczko suggests a smart scan of security lines. “When you get to security, make a lap around the area before you commit to the line; take an extra minute to see what’s going on and how many agents are on location.” She tells us that while taking the extra time might seem like a waste, getting in the right line can be a game-changer. “Most of the time, you should pick the line closest to the TSA precheck security line,” she advises. “This works because if the precheck line gets quiet, the agent will likely pull people over from your line.”

Interestingly, the opposite applies to screening carry-on luggage. “In this case, look for fewer agents per screening,” Feczko offers. “The best situation looks like one line per agent manning the machine. If you see two people behind the machine, chances are one of the agents is in training, making the process longer.” Who knew?

4. Opt for traveling on a holiday. “I know that traveling on a holiday sounds counter-intuitive, but it actually works well,” Feczko shares. “Think about it: Everyone is rushing to get home for the holiday (it doesn’t matter which one), but if you travel on the actual holiday, it’s usually a great experience. People are all generally in a good mood, airports are less crowded, and you’ll probably get more bang for your buck.”

Krista Gray
Krista Gray is a web producer and freelance writer who lives in San Francisco. When she's not working with clients through her company GoldSquare, she loves reading, traveling, and learning new things.
holiday
Travel
holiday