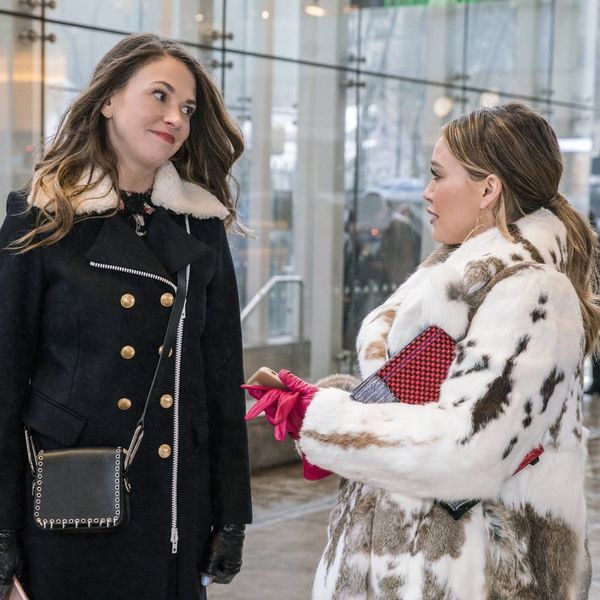 Welcome to Brit + Co’s Weekly Entertainment Planner! Each week, we highlight one thing we’re excited about in six categories — movies, TV, music, streaming services, podcasts, and a bonus pick from all of the above — to help you navigate your binge-watching and listening. Check out our picks for the week of June 4 to 10 below. Your eyes and your ears will thank us!

Ocean’s 8 (June 8): Is it just us, or does it feel like we’ve been waiting for this movie our entire lives!? Sandra Bullock, Sarah Paulson, Cate Blanchett, Helena Bonham Carter, Mindy Kaling, Rihanna, Anne Hathaway, and Awkwafina star in the first women-led installment of the popular heist-film franchise, and they’re taking the Met Gala for millions in jewels. (Photo via Barry Wetcher/Warner Bros. Studios)

American Woman (June 7): Talk about a fun summer TV obsession: American Woman is a new show inspired by the life of The Real Housewives of Beverly Hills star Kyle Richards. Alicia Silverstone, Mena Suvari, and Cheyanne Jackson star. Kelly Clarkson sings the theme song. What else do you need to know?! Watch the premiere on Thursday, June 7, on Paramount. (Photo via Paramount Network)

Sense8 (June 8): Netflix’s sci-fi drama gets a proper last hurrah. After its initial cancellation a year ago, the show, which was celebrated for its diversity and LGBTQ+ representation, was brought back for a two-hour series finale thanks to a passionate fan campaign. The feature-length Sense8 special is available on Netflix on June 8. (Photo via Murray Close/Netflix)

Hannahlyze This: YouTube star Hannah Hart takes her warm on-screen approach into your headphones with her new “self-help” podcast. Hart and her co-host (and close friend) Hannah Gelb talk mental health, relationships, and more, ideally arming you with new self-care tactics along the way. Listen online here, and subscribe wherever you get your podcasts.

Lily Allen (June 8): On No Shame, her first new album in four years, British pop fave Lily Allen gets personal as she works through the end of her marriage and experiences in motherhood. She also explores new musical ground, taking a more stripped-down, confessional approach than we’ve heard in the past. No Shame is available on Friday, June 8. (Photo via Monica Schipper/Getty Images for Bill & Melinda Gates Foundation)

Younger (June 5): Season 5 of TV Land’s criminally underrated comedy-drama premieres on Tuesday, June 5, and after Josh’s wedding last season and that cliffhanger of a voicemail from Charles, we have questions. Fingers crossed for some answers in the premiere, which apparently features a jaw-dropping twist in its final moments. (Photo via TV Land)