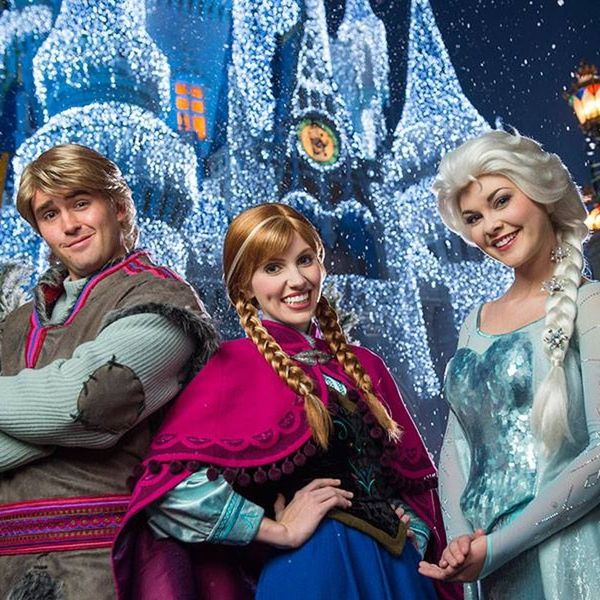 While we’re riding a rollercoaster of Disney-related highs (finding out how to cash in $10,000 from our old Disney VHS tapes) and lows (like how science says princess culture could be bad for us), other fans are pretty darn mad at a different kind of Disney ride: the new highly anticipated Frozen attraction.

The kingdom Arendelle at the Norway Pavilion in Epcot welcomed Frozen fans as part of the Walt Disney World Resort in Orlando last week. With even more Elsa, Anna and Kristoff for visitors to enjoy, things were looking up for those lucky enough to be visiting the park.

But while expectations were high, the reviews are not so favorable, according to a report from The Motley Fool. The first and looooong issue that fans are facing are extended lines to just try out the new ride. And we’re not talking about an hour or two, but more like five hours at least. Oof!

Those who manage to wait that long (and sacrifice pretty much anything else they intended to do that day) are also being let down once they reached the promised Frozen land. With outages occurring throughout the launch, peeps have been pretty peeved.

Rick Munarriz from The Motley Fool used his snazzy FastPass to nab a ride and gave it a kind review, saying, “The ride itself is a crowd pleaser. It features many of Frozen‘s most popular songs, and the animatronics raise the bar… The climactic approach to Elsa’s ice palace as she belts out ‘Let It Go’ with her arms swinging realistically will impress you as it mesmerizes your child or inner child.”

It sounds like if you get a chance to experience the ride, it will be a wondrous time for the Frozen fan in your family… but you have to get on in the first place, and that’s the tough part.

Would you be willing to wait five hours and chance outages to experience the new Frozen ride? Tweet us @BritandCo!

Desiree O
Desirée O is a ‘Professional Bohemian’ who loves anything and everything related to the arts, entertainment, and pop culture. She ADORES being a ‘Newsy’ for Brit + Co, covering all of the latest tidbits of awesomeness that you want to read about. When she’s not writing, she’s either making messy art, going on long adventurous walks with her camera, or poking around over at bohemianizm (http://www.bohemianizm.com/). You can find out about Desirée O and her work at http://DesireeO.com/ or follow her on Twitter @DesireeO.
Disney
Celebrity News
Disney