Why Hundreds of Cities Across the US Have Quietly Stopped Recycling 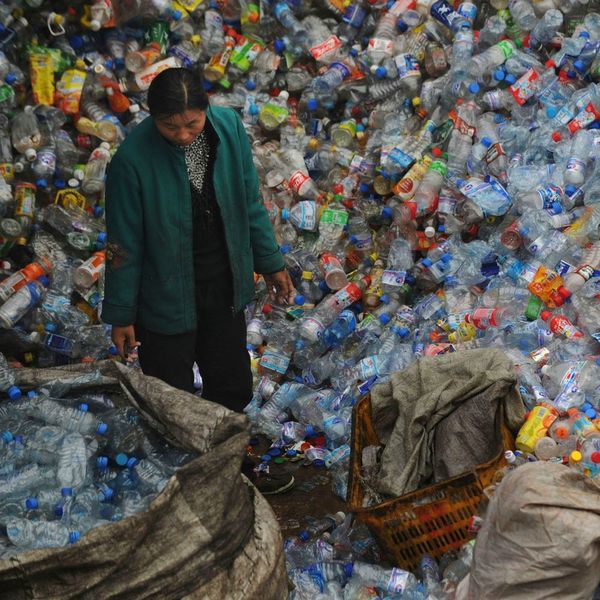 Reduce, reuse, recycle, right? While most of us grew up learning about how to make a good environmental impact by following the three Rs, recycling has become so cost-heavy in recent years that many American cities are abandoning efforts to recycle altogether. What’s more, people don’t necessarily know when it’s happened where they live.

But why the increase? The New York Times reports that, for years, the US has been sending recycling to be processed overseas. But our recycling often has too much non-reusable garbage mixed in, which makes the recyclables unusable. In July 2018, China — the largest purchaser of US recyclables — stopped taking most used paper and plastic from American cities. Other overseas buyers, including India and Thailand, are picking up some of the slack by taking more shipments, but they’ve also begun charging American cities way more to recoup lost profits from so much useless scrap.

According to the Times, different cities are reacting to the issue differently. Philadelphia has taken to burning its plastics to create energy, while other cities (including Memphis, Tennessee), continue collecting municipal recycling, only to send those goods to landfill due to a lack of recycling ability. But they aren’t the only places that can’t keep up — hundreds of municipalities across the country have either suspended recycling collections, or stopped separating recyclable goods from landfill-bound waste.

From 1992 to last year, China had imported 45 percent of the world’s plastics for recycling. Researchers have estimated that 1.3 to 3.5 million tons of plastic enter the oceans from China every year. So what’s the answer? Many are calling for an outright ban on single-use plastics such as shopping bags, water bottles, and disposable cutlery.

In late 2018, the European Union took steps to ban these items outright, hoping to become global leaders in lowered plastics consumption. Member nations agreed to stop the use of single use plastic bags where alternatives are available, reduce the use of plastic cutlery and food containers, and offload the cost of recycling onto plastics manufacturers. The EU also plans to better educate citizens on reusable and biodegradable options.

In Philadelphia, where recycling rates went from abysmally low to among the highest in the country, the city now only manages to recycle about 50 percent of what it collects following China’s policy change. “We’re faced with a very new dynamic in recycling,” Philadelphia Streets Commissioner Carlton Williams explained in December 2018. A few months earlier, the city’s previous recycling contract — which had had the city pay $40 per ton of recycling to be processed —had expired. Now, processors were trying to charge the city $170 to handle the same amount of refuse.

While cities across the country grapple with recycling woes, it’s probably a good time for us to reconsider our use of single-use plastics, and do what we can to help curb the rising tide of unrecycled trash.