Why Traveling Without Your Partner Can Strengthen Your Relationship 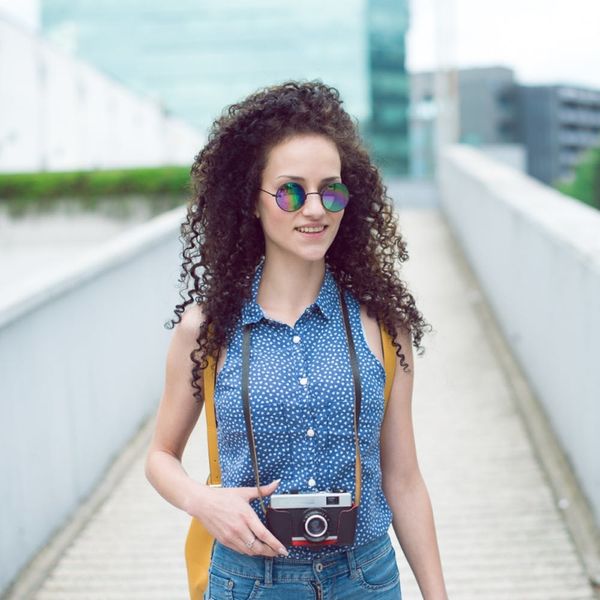 When writer Jo Piazza took a babymoon with her girlfriends to Napa’s Calistoga Ranch while her husband went kayaking and camping in the Channel Islands, she caught her fair share of social media venom from online trolls. Piazza’s Facebook followers wondered not-so-subtly why she and her spouse would take separate trips instead of a more intimate pre-baby vacay as a couple. “My husband and I were about to enter into one of the most stressful periods of our relationship, one where we would spend more time together than ever before taking care of an angry little person who didn’t want to leave the warmth and safety of the womb,” Piazza explains. “It was great for us to spend time with friends and do our own thing before the craziness began.”

As a seasoned journalist who was used to questions from other women about why she spent so much time traveling by herself, Piazza was hardly surprised by the reaction to her nontraditional babymoon. The year she spent exploring the meaning of love and marriage across five continents for her book How to Be Married had also shown her that this resistance to solo sojourning is a largely American attitude — and one that can put our relationships at a disadvantage. “Many [American] women have told me they would never travel without their husband or partner,” shares Piazza. “There were a few pieces of advice I heard over and over again all over the world, and traveling without your partner was one of them. I heard it from a Scottish cab driver… from our Chilean horseback riding guide in the Atacama desert, and from Orthodox Jewish women in Jerusalem.”

Many French women told her that they spend at least one night a month away from their spouse, either for business or leisure, and even women in more traditional rural India relayed stories of nights spent away from home with sisters and other female relatives. Generally speaking, Piazza says, these international ideas about women traveling alone mirror attitudes about marriage and relationships in these other countries, where people are less likely to expect that a spouse can “be our everything — our travel buddy, our soul mate (a uniquely American construction), our best friend, our therapist, our workout partner, the person who gives us multiple orgasms. It’s a lot for one person.”

Many of Piazza’s international interviewees noted that their failed marriages were caused by a feeling of stagnation in the relationship. One great way to keep things interesting is to encourage more independence for each partner: “The French kept telling me to keep the mystery alive in a relationship. Traveling apart was one of the ways to do that, to keep your partner, spouse, boyfriend, or girlfriend wondering about what you’re up to, because that act of wondering keeps a person intrigued.”

Piazza’s pursuit of a deeper understanding of how to be successfully married may have taken her around the globe — “The world was telling me this was the most important thing I’d ever done, and yet no one gave me advice about the marriage,” she says of the engagement announcement that inspired her global adventure — but she and her husband have taken the lessons Piazza learned (about solo travel, for one) and applied them here at home. Traveling without an S.O. offers an opportunity to miss your partner. It also allows you to reconnect with a more independent spirit from your pre-relationship days.

“A little independence in a relationship is a good thing,” Piazza encourages when asked what American couples can learn from their international counterparts. “Actually, a lot of independence is a good thing. In other cultures, they tend to think about [marriage] as two people living parallel lives that complement one another and enhance the other one, but not as two people becoming one.”

How do you ensure you get enough solo time in your relationships? Tweet us @BritandCo!