Why Kourtney Kardashian Is Testifying in Front of Congress 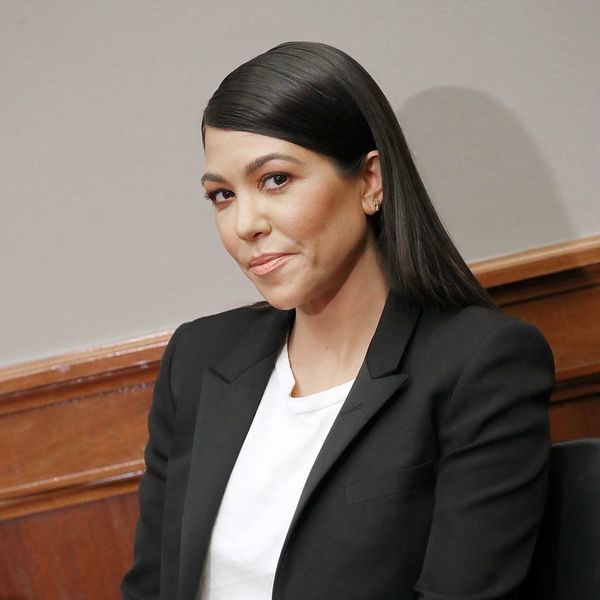 Keeping Up With The Kardashians eldest sister Kourtney Kardashian is meeting with members of Congress today (April 24) in an attempt to better regulate the cosmetics industry in the US — a cause that’s near and dear to the 39-year-old’s heart.

Kardashian has long been a supporter of eco-friendly beauty products and may be launching her own cosmetics line later in 2018 (she has already launched a collaboration with sister Kylie Jenner, dubbed KOURT X KYLIE). According to Marie Claire, there has also been talk of the mom of three collaborating with the Environmental Working Group in preparation for her meetings today.

“They [previous laws] were enacted in the original Food, Drug and Cosmetic Act of 1938,” Kardashian’s partner in this attempt, Rep. Frank Pallone, said in January. “While all other product categories regulated by the agency have been updated to keep pace with innovation and consumer expectations, the laws for cosmetics have been left untouched for nearly 80 years. That is simply unacceptable, and we really should be taking this opportunity to consider legislation to give FDA the authority and the resources to ensure cosmetics are safe for the American people.”

In late 2017, asbestos was found in makeup purchased at Claire’s and while the company voluntarily did a recall, current FDA rules mean that the government cannot force a company to pull potentially dangerous makeup off the shelves.

According to sources, Kardashian arrived in DC on Monday with a KUWTK film crew, so fingers crossed we’ll get a glimpse of her political side next season on her hit reality show.

Kat Armstrong
Kat has been a writer, social media maven and mom for longer than she's willing to admit. She's also spent time in front of and behind the camera, interviewing celebs, politicians and acting as a producer for fashion and artistic photography shoots. When she isn't writing for various orgs and publications, she's hanging with her kids, husband and French Bulldog, Peter, in Toronto, Canada.
Kardashians
Politics
Kardashians
More From Politics