Why More Millennial Women Live at Home Than Any Other Generation 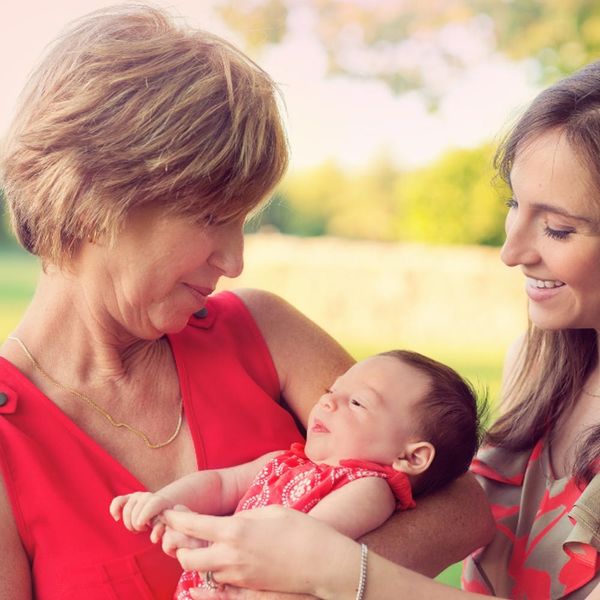 Each new generation has unique traits that set them apart from the generations before them and the ones that come after. For millennials — a generation that includes anyone who is currently between 18 and 34 years old — one of the many ways we’ve strayed from the path cleared by the generations before us is who we live with as adults. For around a third of this generation, home is still with Mom and Dad. This is the first time in modern history that young adults are more likely to live with parents than with a partner or roommates.

According to the Pew Research Institute, 32.1 percent of millennials live at home with their parents (as opposed to alone or with romantic partners), just barely outnumbering the 31.6 percent who are married or cohabitating in their own house with a partner. Only 14 percent live alone, are single parents living with kids, or live with roommates. Basically, there are a lot more millennials living at home than many might have realized.

The gender breakdown in young people living at home also reveals something interesting: As of 2014, 29 percent of women lived with their parents, compared to 35 percent of men. While it’s not a huge difference, the trend does suggest that women are more likely to be shacking up with a romantic partner than men.

So what’s driving so many millennials to stay or move back in with their parents? It’s complicated, but Pew says that there are a few key reasons, and delaying marriage is one of the big ones. The median age for marriage has gotten older and older in recent years, and Pew projects that up to one out of four millennials will never marry at all.

Another major factor is the fact that the job economy has been really tough for millennials. Job opportunities tanked when the great recession hit in 2008, leading more millennials to “boomerang” and move back in with their parents when jobs were lost or became insecure.

Pew reports that the recent job economy has been especially hard on millennial men. Men who are employed are much more likely to live on their own, while men without jobs are more likely to live with their parents. According to Pew, the job market has been particularly tough on young men, as the young male employment rate has been in decline, as have wages.

For young women, employment isn’t as big of an indicator for who will live at home and who will live independently of their parents. Women’s employment has been on the rise but, of course, there’s the gender wage gap to contend with. Since women tend to make less money than men for similar work, it’s possible that women aren’t earning sufficient wages to strike out on their own.

Overall, she wishes she was living on her own. Relationship struggles between her and her mom make things at home difficult, but she says that financially, she just didn’t have any other options for her and her baby.

Sarah had a better time living with her parents when she and her husband moved in with them in 2011. Sarah was pregnant and her lease with her husband was up, so her parents invited them to move in so they could pay off some debt, save for a house, and have extra support with their new baby. Sarah and her husband stayed with her parents until 2015, which she says was longer than they expected, but the opportunity to save up and the extra help when their second baby was born with spina bifida in 2013 made life much more manageable.

Whether it’s putting off marriage, financial difficulties, or needing additional support with a new family, there are a lot of different reasons why millennials are staying home or moving back in with their parents. It may not be the ideal situation for everyone, but it’s clear that a lot of young people need or want to be at home right now.

Did you spend time living with your parents as an adult? Tell us about it on Twitter @BritandCo.