Why New Moon Manifestations Are the New Resolutions 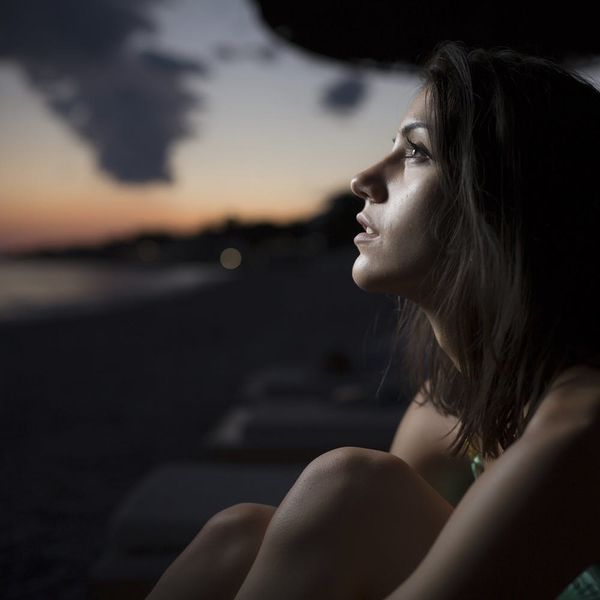 We’re halfway through 2016, which makes it a perfect time to check in: Have you fallen off your New Year’s resolutions wagon? It’s okay— us too! It’s tough to stay motivated to get out of bed early to work out, travel more, cook at home and find a new job, especially when you’ve made these goals right after you spent December overindulging, overspending and under sleeping. We’re all about creating (and achieving!) goals to better ourselves even mid-year, and knew there had to be a more manageable way to do it. That’s where New Moon Manifestations come in. We first heard of the monthly manifestation practice from Ambi Sitham, astrologist and life coach, on the That’s So Retrograde podcast, and were so intrigued by the idea that we had to chat with her ourselves to get the cosmic scoop on the lunar ritual.

What Are New Moon Manifestations?

Simply put, New Moon Manifestations are written goals you make at the beginning of every moon cycle to be fulfilled by the next full moon. Sitham says the practice dates back to farmers’ crop cycles: planting during a new moon and harvesting during a full one. New Moon Manifestations are similar on a metaphorical level, as you write out your goals for the month during the new moon and reap the benefits four weeks later.

Why Do New Moon Manifestations?

Sitham says, “We’d be crazy not to harness the energy of the moon cycles,” since we are, in fact, made up of 70 percent water. She points out that if the tides are so affected by the moon, doesn’t it follow that we’d be too? And while she’s all about those “airy fairy” parts of manifesting, Sitham’s got a major practical side too. “Writing down your goals each month gives weight to your intentions,” she says. “It’s a big energetic step that makes you move toward your goals.” She believes it is important to “review chunks of time as they pass,” whether its health, career or relationships, and these monthly manifestations help you do just that.

How Should I Do Them?

New Moon Manifestations are all about cleansing and renewal, so Sitham suggests taking the time to clear your space, light a new candle, take a detoxing salt bath and meditate before writing out your manifestations. It’s important that you physically write them out on paper, she says, rather than on your phone or computer, so you can really “get into a feeling place.” She suggests writing around 10 manifestations each New Moon and to start with more general ambitions before moving on to specific goals as you begin to see results each month.

And while Sitham says it’s perfectly acceptable to set whatever intentions you want to, she likes to tailor her intentions to each New Moon’s position in the zodiac, as it enters a new house each month. For instance, the moon is in Cancer for July, so she suggested focusing on emotional, personal manifestations (she sends out a newsletter each month detailing each moon’s characteristics).

Basically, as Sitham so effortlessly put it, “Anytime can be your new year!”

Will you try writing out your New Moon Manifestations during the next cycle? Tweet us @BritandCo and let us know!

Megan Parry
Megan Parry is a lifestyle writer living in Philadelphia where she's making generous use of her library card, obsessively reading friends' natal charts, and learning how to differentiate between "dried apricot" and "juicy apricot" notes in wine.
Home News
More From Home News