This Is Why We Get Hangovers 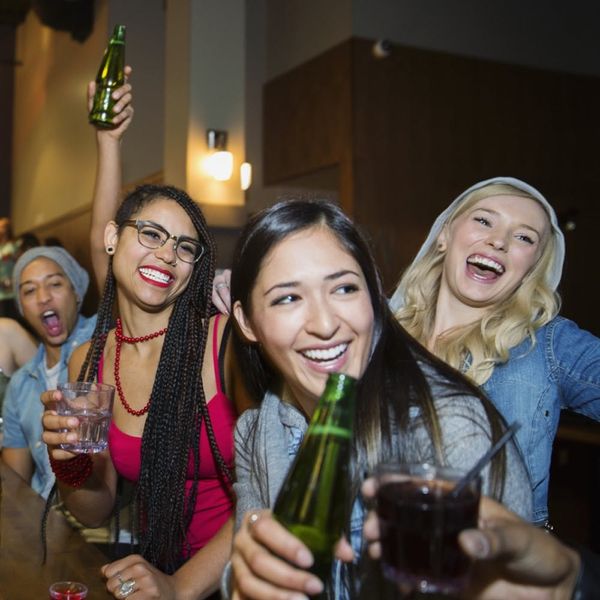 January 1 was National Hangover Day (seriously, we’re not kidding), and chances are most of us fully participated in it whether we’d planned to or not. Although we talk plenty about cures for hangover symptoms, ranging from simple to downright odd (tried apple juice or activated charcoal?), we rarely talk about what prompts hangovers in the first place. Turns out, if we consider the science behind our symptoms, we may actually be able to lessen their effects. Mariel Hufnagel — executive director of Ammon Foundation, an organization that grants academic scholarships to those in substance-abuse recovery — gave us the lowdown on the three main reasons why alcohol leads to hangovers.

1. Alcohol is a diuretic. In simple terms, it causes an increased amount of urination. (Oh, so that’s why the bar bathroom line is always so long.) The constant flushing out of fluids as a result can lead to dehydration — a condition that shouldn’t be taken lightly. Hufnagel details that dehydration slows the digestive, respiratory, nervous, and circulatory systems. Yikes! And as people get drunker, they also make less of a point to rehydrate. “Most people become dehydrated during periods of heavy drinking because they’re usually not making a point to replenish the fluids they’re rapidly losing,” continues Hufnagel. This can lead to fatigue, cloudiness, pain, and nausea in the morning.

2. Alcoholic beverages are often combined with sugary mixers or chasers. This can seriously affect your state the next day. As people consume these admittedly yummy drinks, says Hufnagel, they unintentionally flood their systems with simple sugars. These sugars prompt a typical sugar crash (think fatigue), but when combined with the dehydration characteristic of heavy alcohol consumption, the effects are compounded. “Once the alcohol is mostly processed through the body and glucose levels drop during sleep, you wake up feeling terrible, still unable to think straight while your brain catches up to a normal level of functioning,” Hufnagel states.

3. Alcohol sends our liver into overdrive. One of the liver’s standard functions is to remove toxins from the blood and process nutrients from the intestines, but it is also tasked with metabolizing alcohol and other drugs. “Because the liver’s workload is drastically increased with heavy alcohol consumption, the process of waste and toxins leaving the body takes much longer,” Hufnagel tells us. Because this process is drawn out, we’re left feeling poorly the next day as our liver attempts to resume its regular duties.

Unfortunately, Hufnagel makes it clear that if you’re going to consume massive amounts of alcohol there’s no tried-and-true way of totally avoiding a hangover. Her recommendation is to drink an eight-ounce glass of water between each drink, which not only addresses the aforementioned dehydration but also requires that you pause and evaluate your consumption. “When you take a break between alcoholic beverages, you are better able to gauge your level of intoxication and make better decisions about whether you should continue drinking or not,” explains Hufnagel. This proves important because, at the end of the day, the total amount of alcohol you drink contributes to a hangover more than what you drink or when you drink it.

But if you do decide to overindulge, Hufnagel says there is no “magical cure” for a hangover. She comes with many of the same recommendations we’ve become so well acquainted with over the years: eat healthy, get some fresh air, and drink water and sports drinks. Beyond that, you just need to wait it out. “Think of excessive alcohol consumption as an injury to your internal systems,” Hufnagel suggests. “Your body needs time and TLC to recover.”

How do you handle your hangovers? Let us know @BritandCo!

Annamarie Higley
Annamarie is a Californian who's been plopped in the middle of Missouri for her undergraduate studies in magazine journalism. She's a hiker, an eater, a lover of words. In her opinion, nothing beats a well-made breakfast sammy or a well-crafted sentence.
Adulting
Health
Adulting Drink Healthy Living science