The Real Reason Why You’re Unproductive Before a Big Meeting 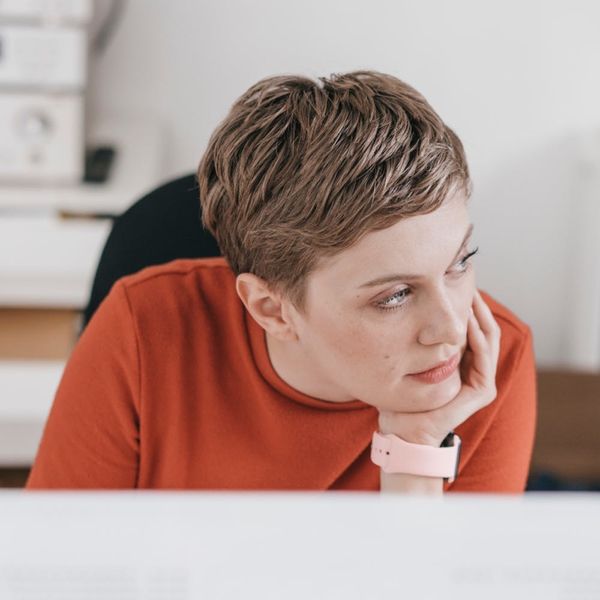 You have a small chunk of time, say about 60 minutes, before your next meeting starts. While you should probably take the opportunity to do something productive like entering expense reports, checking off a few minor to-dos, or getting organized for the day, somehow it never happens. But why? According to a new study published in the Journal of Consumer Research, having a looming meeting, task, or appointment actually makes us way less productive. (Yikes, don’t tell our boss!) Analyzing a series of eight studies, researchers found that people tend to believe they have less free time to accomplish tasks right before an appointment or meeting. “We seem to take a mental tax out of our time right before an appointment,” says Selin Malkoc, PhD, co-author of the study, and associate professor of marketing at The Ohio State University’s Fisher College of Business. “We figure something might come up, we might need some extra time, even when there’s no need to do that. As a result, we do less with the available time.”

To test their hypothesis, Malkoc and her colleagues devised two hypothetical situations and enlisted the help of approximately 200 people to play them out. In the first group, the participants were told they had a friend coming to visit in one hour and they already had everything ready. In the second group, they were told that they had no plans for the evening. Each group was then asked how many minutes they felt like they could spend reading during the next hour, both objectively and subjectively. “Regardless of whether they had a friend coming by or not, participants said that they objectively had about 50 minutes available to read,” Malkoc said. “That’s an amazing finding right there. Most people didn’t think even objectively they had a full hour to read. People are putting a little ‘just-in-case’ time into their schedules when there is no real reason to do that.” Subjectively, those who were expecting a friend to visit felt like they could only read for 40 minutes.

Then the researchers asked participants to give them their actual schedules for the next day, including when each of their appointments would begin and how much time they would need to prepare for each one. They then offered them the chance to take part in either a 30- or 45-minute study the next day, with some students being offered the study in the hour before one of their appointments and others being offered it at a time when they had no surrounding appointments. Here’s where it gets especially interesting: Even though the participants had already designated how much time they would need to get ready for their appointments, those who had an upcoming appointment were significantly more likely to choose the shorter study. “It was clear that they would have plenty of time to finish and have extra time before their next appointment, but they still were likely to choose the 30-minute study — even when they had a clear financial incentive to choose the longer study,” Malkoc observes.

Malkoc argues that the total findings of these eight studies suggest that a looming meeting or appointment on our calendars makes us less productive. “We seem to overestimate the things that might happen to take up our time, so we don’t get things done,” she explains. If you’re finding that you’re not feeling super-productive, consider taking a closer look at how you spend the hour before a big meeting or appointment. Obviously, you should still give yourself a set amount of time to make sure you have everything prepared, but perhaps set an alarm on your phone to go off 10 minutes before your meeting and dedicate specifically that time to preparing, instead of worrying about what you could be missing for a large chunk of your workday.

Do you find yourself unproductive when you have a meeting scheduled soon? Tweet us @BritandCo.

Ashley Macey
Ashley Macey is a lifestyle freelance writer who loves all things fitness, wellness, and creativity. When she's not exploring her home in the Pacific Northwest with her dog Max, you'll probably find her curled up with a good book and some hot tea. Follow her daily jaunts on Twitter.
Career Advice
Work
Career Advice Productivity Study
More From Work