Getting Clued Up on Heart Disease Could Save Your Life 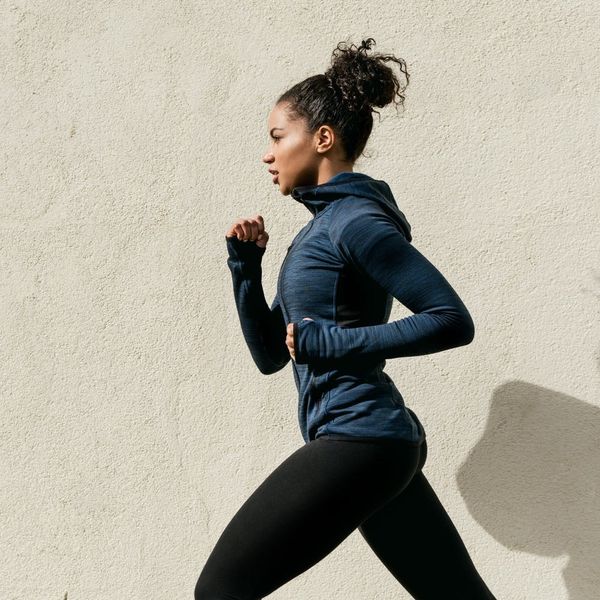 Brace yourself for a scary stat: According to the Centers for Disease Control and Prevention (CDC), heart disease is responsible for one in four of all deaths in America, and one in four women’s deaths, making it the number one killer in the country, and for women specifically. Worryingly, many people underestimate the threat to women: A survey by medical technology company HeartFlow found that of 1,513 respondents, 50 percent thought breast cancer was the leading killer of women — including 46 percent of female respondents.

“Part of the reason may be that heart disease is often thought of as a ‘man’s disease,’” suggests Campbell Rogers, MD, HeartFlow’s executive vice president and chief medical officer. “There are still many misconceptions about heart disease and the type of person it affects; for example, the media primarily portrays older men as being victims of heart attacks.” He adds that the survey also found, “that more men have gone to the doctor (37 percent) than women (30 percent) to seek care for potential heart problems,” even though, “47 percent of women stated they had a family history of heart disease, while only 41 percent of men were aware.” This gap in knowledge could have very real and serious consequences. We asked cardiologists what life-saving info they want their female patients to know about heart disease.

1. Doctors are less likely to suspect heart attacks in women. This characterization of heart disease as mostly affecting men could mean women are less likely to be diagnosed. “Women with heart attacks are more likely to be missed or go unrecognized than men,” laments Nicole Harkin, MD, a cardiologist and lipidologist at Manhattan Cardiovascular Associates in New York City. “This is due to many factors, but research suggests in a large part this is due to a delay in diagnosis by health care practitioners.”

2. Women are more likely to have unusual symptoms. Part of the reason for these delayed diagnoses, Dr. Harkin says, is that women are more likely than men to have unusual symptoms, which medical professionals are less familiar with. Yasmine S. Ali, MD, a preventive cardiologist and clinical lipidologist in Nashville, TN, explains, “It’s important to note that chest pain (which may be felt as chest pressure or discomfort) is still the most common symptom of heart attack in women, as it is in men; but when it comes to having atypical symptoms, which occur in about 20 to 30 percent of patients who have a heart attack, it is women who are more likely to have those atypical symptoms.” These include, she says, “extreme fatigue; nausea or vomiting; shortness of breath; back pain (usually upper back); pain or discomfort in the jaw, neck, or throat; a feeling of pain or fullness in the left shoulder or arm; abdominal pain; cold (clammy) sweats; and even restlessness or anxiety (often accompanied by insomnia and extreme fatigue.)”

Cisgender women aren’t the only ones who are sidelined when it comes to learning about heart disease. “I should note that we don’t yet have enough information or research on how heart attack symptoms are different in people assigned female at birth if they have changed genders later in life,” Dr. Ali clarifies, adding that if people are taking hormones as part of gender affirmation, these may, “play their own role in increasing or decreasing cardiovascular risk, depending upon the individual case.”

3. Women have certain unique risk factors. Certain conditions that affect your reproductive health can also increase your odds of getting cardiovascular disease, explains Dr. Suzanne Steinbaum, a cardiologist at New York’s Mount Sinai Hospital, and volunteer medical expert for the American Heart Association’s Go Red for Women campaign. She specifically identifies “early menarche, early menopause, miscarriages and complications of pregnancy like preeclampsia, high blood pressure, high sugars, and gestational diabetes” as risk factors. Dr. Harkin adds that, “Rheumatologic disorders, such as lupus, also disproportionately affect women and increase one’s chances of heart disease.” And Dr. Ali weighs in, “polycystic ovary syndrome (PCOS) is often associated with other cardiovascular risk factors such as high blood pressure, diabetes, and high cholesterol, all of which also add to the risk burden.” And, to top it off she says, “some common risk factors are even riskier for women,” notably diabetes, stress and depression, and smoking.

4. Young women can have heart problems too. “While it is uncommon for premenopausal women to have heart attacks, it does occur,” warns Dr. Harkin. “This is typically in women who have inherited a cholesterol disorder from one of their parents, which is why it’s so important to get this checked by the time you turn 20.” Another major factor that leads to heart attacks in young patients is smoking: “I have seldom seen a young heart attack victim who wasn’t a smoker,” asserts Ileana Piña, MD, director of cardiovascular research and academic affairs at Detroit Medical Center. “We need to tell our young women to not start smoking, and if they do, they need to quit immediately in order to improve their chances of avoiding a heart attack.”

One form of heart attack that is “rather unique” in that it occurs mostly in women under 40 and not in men, says Dr. Ali, is, “spontaneous coronary artery dissection (SCAD) in which the lining of a coronary artery can split and unravel suddenly and without any warning, disrupting blood flow to the heart.” Unfortunately, partially because young women are the opposite of our typical image of a heart disease patient, “both they and their doctors often don’t consider that they could be having a heart attack.”

5. Most heart disease is preventable. Now that we’ve thoroughly terrified you, take a breath, because it’s not all grim. “Eighty percent of cardiovascular disease is preventable,” Dr. Ali emphasizes. “By managing risk factors like high blood pressure and cholesterol, following a healthy diet, maintaining a healthy weight, and engaging in regular physical activity, the majority of us could actually avoid cardiovascular events like heart attack and stroke.”

In particular, says Dr. Steinbaum, take a closer look at what’s in your food: “About 45 percent of US deaths caused by heart disease, stroke, and Type 2 diabetes are because of poor dietary habits, such as high sodium intake, high sugary drink consumption, and low intake of fruits and vegetables,” she cautions. “High blood pressure [also known as hypertension] is the second leading cause of preventable heart disease and stroke death — second only to smoking. More than 30 percent of cardiovascular events in women are due to hypertension.” Heart disease doesn’t care what your gender is, but at least now you know not to underestimate it.

Did you know heart disease was the leading killer of women in America? Tell us what you think @BritandCo.