I’m a Trans Woman with Gender Dysmorphia, and This Is What it Feels Like 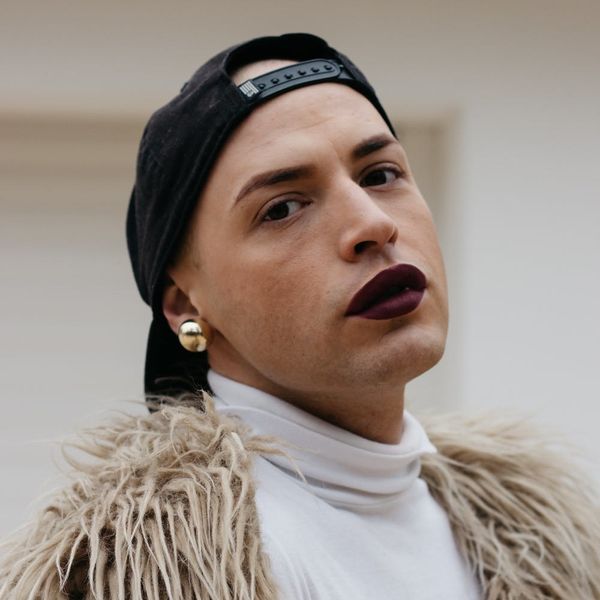 “How much of a difference does a SnapChat filter make?” I found myself wondering as I stared at my face on the iPhone 5 screen. Scrolling back and forth between filter and no-filter, I felt every ounce of confidence I’d built up draining away. No amount of clothing, makeup, hair, or support from my friends, family, and hot guys on OkCupid (and some not-so-hot guys), could help me see myself as the woman I’ve always known I was. This is the reality of gender dysphoria.

Gender dysphoria is defined in the Diagnostic and Statistical Manual of Mental Disorders (DSM-5) as “a difference between one’s experienced/expressed gender and assigned gender, and significant distress or problems functioning.” This “distress” and pattern of negative thinking is what defines dysphoria; just being trans isn’t the same thing, and not every trans person experiences gender dysphoria in the first place. But gender dysphoria is common among transgender and gender non-binary people, and it’s part of the reason why transgender people suffer from depression and anxiety, and attempt suicide, at much higher rates than their cisgender counterparts.

Gender dysphoria and body dysphoria, which people are often more familiar with, are closely related. In both cases, the dysphoria causes the sufferer to see or exaggerate flaws that may be minor or not exist at all. As I look at my skin and see a masculine face ravaged by age and a lack of consistent sunlight and vitamins, a man somewhere is looking at himself in the mirror and seeing someone who is tiny and weak while, in reality, others would see him as large, fit, and muscular.

On a less positive note, gender dysphoria is awful. I struggle to think of a joke or witty phrase to follow, but I can’t think of one because it hurts and I can’t laugh at it or make light of it, no matter how hard I try. I feel it every day, and it hardly ever takes a break. I sure wish I could come up with a joke, though, because it’s embarrassing to admit that there’s something in myself that I can’t slay like the Buffy I named myself after.

Gender dysphoria, for me, feels like a tic I just can’t shake. Here’s a typical conversation between me and my dysphoria:

“Ooooh! This is a cute selfie! I look really good here! I’ll post these later.”

No matter how much makeup or hair you wear you’ll always look like a boy.

“Maybe I’ll add another filter and edit the pictures a little bit.”

These filters aren’t fooling anyone. Your friends are just being nice when they compliment you. They feel bad that you want so desperately to be a woman and that you have to look like this.

“Hmm… I don’t know if I like these pictures as much as I thought. If I look at them closely, my eyes look kind of funny and… what expression am I even making?”

Delete them. All of them. Take a picture without filters. Show people how bad your makeup is. Let them see the visible lace of your wig. Stop hiding behind filters so someone can finally tell you the truth, that you still look like a boy.

The thing is, gender dysphoria has always been present in my life. I just haven’t always understood the beast or had the vocabulary to be able to discuss it with myself, or anyone else.

Dysphoria manifests differently for people depending on a number of factors. Young people who are financially dependent, for example, can’t purchase or engage in activities to affirm their true gender if their caregivers won’t allow it. Youth, especially those who don’t have the tools or safety to speak up for themselves, are often expected to act like a boy/girl when it doesn’t feel right on the inside; some are even punished if they don’t.

Gender dysphoria is also harder on people with lower income, who are less able to access gender confirmation procedures like bottom surgery, facial feminization surgery, breast and lip enhancements, and laser hair removal. Finances then become a barrier to people feeling more authentic and, in turn, being happy with what they see in the mirror — not to mention safer in public, where passing — or looking like a cisgender, non-trans person — can legitimately be a matter of life and death.

An NPR article from 2016 asks, “Is there something inherent about being transgender that makes one more at risk for poor mental health, or is it about how society treats transgender people?” I say yes to both. Can one truly feel contentment, peace, and happiness when the person they see in the mirror is not who they see inside? Can a trans woman confidently and safely feel like a woman, all the time, every day, everywhere, when the world makes very clear its belief that trans women are just men in dresses?

Gender dysphoria is terrible and I don’t have the answers for myself or for others who are suffering. All I can say is to treat trans people kindly. You might not be able to make your trans friends see themselves as the gorgeous people that they are inside and out, but your loving voice of support could be an important break from internalized messages of self-hatred.