Why Having a Female Doctor Could Potentially Be Life-Saving 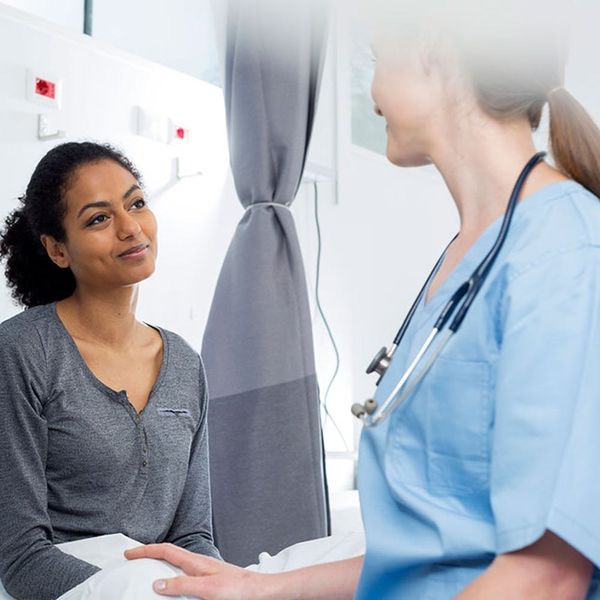 When you’re having a medical emergency, the last thing you’re probably worrying about is the gender of the doctor who’s treating you. Unfortunately, it could be a factor worth considering if you’re a woman. A recent study published in the journal Proceedings of the National Academy of Sciences (PNAS) found that female heart attack patients had a higher chance of survival if they were treated by a female ER doctor, even when accounting for other possible factors like age and medical history of patients.

Researchers looked at data from nearly 582,000 patients treated in Florida hospitals between 1991 to 2010. They found that when female doctors treated patients, there was no remarkable disparity between survival rates for men and women. However, when the doctor was a man, female patients were significantly more likely to die than males. In addition, female patients with male doctors were more likely to survive if he had female colleagues, and had treated more female patients in the past. So should women be asking for female doctors? Do women make better doctors than men? We asked experts to explain the study and how they think it should change healthcare for everyone.

Historically, women’s pain has been taken less seriously than men’s, explains Dr. Kelly Cawcutt, MD, assistant professor of medicine at the University of Nebraska Medical Center. “Studies have shown that women may receive less aggressive care in regard to medications, treatment, and even triage,” she says. “One reason that has been cited for these differences is unconscious gender bias, meaning unintentional preconceived constructs that affect the way we think about men versus women. Female physicians likely carry less bias toward female patients.”

This is not to say that male doctors are necessarily deliberately neglecting their female patients, but it does point to a need for a more balanced workforce. Dr. Nikki Stamp, MBBS, FRACS, who is one of only 11 female cardiothoracic surgeons in Australia, elaborates, “It’s natural for humans to identify a little stronger with someone they are familiar with, which may explain why male doctors with larger proportions of female patients had better survival rates too. It’s not a criticism of male doctors, but a reminder of why diversity matters.”

The new study focused on heart attacks, which are particularly notorious when it comes to seeing different symptoms for male and female patients. Dr. Nicole Harkin, MD, cardiologist and lipidologist at Manhattan Cardiovascular Associates in New York City, says, “Heart attacks can look different in women compared to men. Women often experience so-called atypical symptoms such as nausea, epigastric [the upper central region of the abdomen] pain, or shortness of breath, in contrast to the centrally located chest pains we learn about in medical school. Female physicians may be more attuned to these less typical symptoms. Alternatively, many of my female patients have said they feel more comfortable talking to female physicians because they are less likely to dismiss their symptoms.”

Dr. Yasmine S. Ali, MD, preventive cardiologist and president of Nashville Preventive Cardiology in Tennessee, adds, “Female cardiologists are particularly active about raising awareness of heart disease as the number one killer of women, so it makes sense that they would be attuned to look for it in their clinical practice.” Perhaps female doctors are more likely to take note of the specific symptoms of heart attack experienced by women and are therefore more likely to recognize them.

This is not the first study to find that male and female doctors treat their patients differently, and that women’s approaches may be more effective. Ali and Cawcutt both pointed to another study, published inFebruary 2017 in the Journal of the American Medical Association (JAMA), which found that Medicare patients treated by female physicians had better 30-day survival and readmission rates compared to those treated by male physicians, and that the female physicians were more likely to practice what the authors described as “evidence-based medicine… and patient-centered care.”

Ali confirms that this reflects her personal experience. “There are great doctors out there of both sexes; many of my best mentors in cardiology were male. But again and again, I see female doctors spending more time interacting with their patients than their male counterparts,” she notes. “It’s been shown that female doctors are more likely to take the time to explain tests and procedures to patients, and women I’ve worked with, particularly in the field of cardiology, are also more likely to take the time to ascertain a patient’s preferences, and to find out what motivates them.” She hopes that this study will encourage hospitals to learn from women’s practices. “It is so encouraging to see that spending time with your patients is not just a luxury, it can actually equate to better outcomes,” says Ali.

Should Women ask for a Female Doctor?

All of the doctors interviewed agreed that this study gives an important insight into the pervasive inequalities between how men and women are treated, particularly after heart attacks. However, rather than recommending that women seek female doctors, they argued that the study shows a need for more women working in medicine in general. For example, as Ali points out, fewer than 20 percent of cardiologists in the US are female. Harkin asserts, “The more globally relevant conclusion is that workplace gender diversity is life-saving. Importantly, male physicians’ performance in the treatment of female patients improved when they worked with more female physicians. Female physicians are clearly vital for a medical team, both because of the high-quality care they provide to all patients and also their apparent positive influence on their male counterparts.” That’s one prescription we’re happy to take.

Do you have a female doctor who’s gone above and beyond? Let us know at @BritandCo.