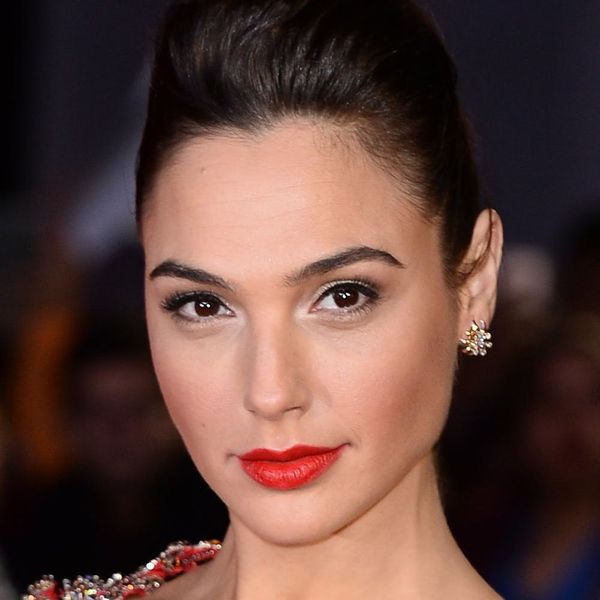 Wonder Woman is BACK, y’all! While the box-office-smashing character won’t return for her sequel until 2019, the latest trailer for Justice League (opening on November 17), has arrived to tide us over with plenty of killer shots of Gal Gadot in full Wonder Woman getup.

The trailer begins with a shot of Lois Lane and Superman standing in a field, where he takes note of the ring on her finger. She awakens to an empty bed in what appears to be a much darker reality, however, based on the paper waiting on the porch which reads, “World Without Hope.”

Cutting to a fighting scene of explosions and blood-red skies, Wonder Woman (Gadot) surmises that an “invasion” has occurred, to which Batman (Ben Affleck) replies, “Something more. Something darker.”

Luckily, the gang, which appears to include not only Wonder Woman and Batman, but the Flash (Ezra Miller), Cyborg (Ray Fisher), Aquaman (Jason Mamoa), as well as Wonder Woman’s old pals Antiope (Robin Wright) and Hippolyta (Connie Nielsen) (who have also said they’ll be appearing in the film), has reunited to kick some serious demon tush.

Not only do we see our gal in a badass power stance atop a Lady Liberty-like stature of gold, but we also see her battling a giant two-horned creature and offering up a knowing smirk mid-battle. In short? It’s everything we could have hoped for!

Check the trailer out for yourself below!

Are you pumped to see Justice League? Tell us over @BritandCo.

Nicole Briese
Nicole is the weekend editor for Brit + Co who loves bringing you all the latest buzz. When she's not busy typing away into the wee hours, you can usually find her canoodling with her fur babies, rooting around in a bookstore, or rocking out at a concert of some sort (Guns N' Roses forever!). Check out all her latest musings and past work at nicolebjean.com.
Movies
Movies
Movies