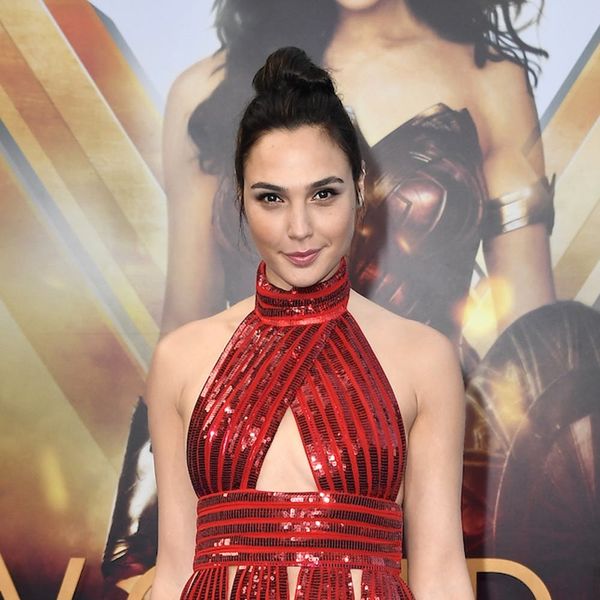 Warner Bros. gives us the Wonder Woman 2 deets and James Cameron is cooking up a new Titanic project in this morning’s top news stories. Check out that and more in the Wednesday Morning Buzz below.

1. The Wonder Woman sequel was officially announced at Comic-Con this past weekend, and now we know when we can expect it in theaters. Word came from Warner Bros. Tuesday night that the follow-up will be released on December 12, 2019 — not quite the summer blockbuster season, but we’re into it nonetheless. Gal Gadot will return as Wonder Woman, but director Patty Jenkins has not yet officially signed back on as director. Fingers crossed! (h/t THR; photo via Frazer Harrison/Getty)

2. OMG: James Cameron is making a Titanic 20th anniversary documentary. Joining forces with National Geographic, Cameron plans to revisit the historic shipwreck with new info gained in the 20 years since he made the blockbuster movie starring Leonardo DiCaprio and Kate Winslet. “Did I really get it right? Now, with National Geographic and with the latest research, science, and technology, I’m going to reassess,” he said in a statement. The doc is set to premiere in December. We’ll BE THERE. (h/t EW)

Also tune in I'll be on @enews tonight talking#miamiswimweek, @preyswim and catching up on the hills mommy life!

3. Audrina Patridge would be open to a Hills reunion — but with none of the drama and all of the mamas! Speaking with E! News recently, Patridge said that since almost *all* of the Hills alum have or are welcoming babies — including herself, Lauren Conrad, Spencer and Heidi Pratt, Whitney Port… and more! — they’d be able to put the pettiness aside for a reunion. “I’m not opposed to it. I feel like we are all at a different place in our lives and we’re past the drama, past the cat fights,” she said. “We’re all married, we all have kids, we’re all at a different place in our lives so we’d all be able to relate to each other way more.” Um, yes, please. (h/t E! News)

4. Dance Moms star Abby Lee Miller reveals the intense prison preparations she underwent. Right after Miller officially went to prison, we got a small teaser from a Lifetime interview that she did before she surrendered. At the time, she said that she didn’t think she would survive prison, and now that the full interview has aired, we’re getting a more detailed look at all of the prep she did to ensure she’d get through her sentence. She met with a federal prison consultant to ask some pretty heavy questions about how prisoners are treated, and she also met with a doctor to discuss how to make the best of the food options for her recent gastric sleeve surgery. The interview is pretty intense, and it’s clear just how fearful Miller was about serving her time. Check out more of her thoughts right here. (h/t USA Today; photo via Kevin Winter/Getty)

5. Olive Garden is releasing a Cookie Butter cake. Just when you thought it couldn’t get better than eating this stuff straight out of the jar, Olive Garden goes and smears the Speculoos goodness in between layers of delicious vanilla cake, and adds crumbled cookie bits and caramel drizzle. Already. Drooling. The dessert hits the menu on Monday, July 31. (h/t Delish; photo via Olive Garden)

6. Quote of the day: “We must never be afraid to go too far, for success lies just beyond.” — Marcel Proust

Would you try the cookie butter cake? Let us know @BritandCo!