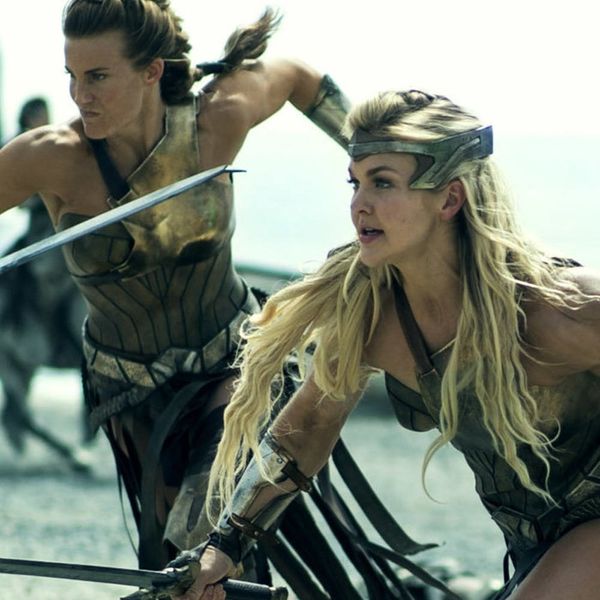 Wonder Woman was a huge hit, and people have been looking forward to the second installment since it was announced. But before we get to see another Gal-power movie (lol), she’ll be gracing the silver screen as Diana Prince in Justice League. And while she looks basically the same, her fellow Amazons look quite a bit different.

In Wonder Woman, the warrior women wore metal plated armor into battle — armor that actually looks like it might offer some protection against steel. But in new photos from the set of Justice League, their garb is substantially… less than there was before.

Many users on Twitter are frustrated with Michael Wilkinson, the film’s costume designer, and Zack Snyder, the director, claiming that the new armor is sexist.

In case you wonder: Here's a picture of how the Amazons looked in Wonder Woman…next to pic how they look in Justice League. First designed by Lindy Hemming, second by Michael Wilkinson.

Because when I go into battle, the first thing I want to is expose all my vital organs to the weapons of my enemies.

I wonder why the huge change from battle armor to fashion model came from.

i don't understand. if they already had a costume design, why change it? why do they do that? stop changing the design when there was already a good one.

WW was anything BUT a teenage boy's yawnsome fantasy. I SINCERELY hope JL is similarly grown-up. But these costumes aren't a good sign..!

Clearly they decided to protect what was most important to them.

And by them I mean the production team.

I presume those abs are armour-plated..?! Otherwise, not especially battle-friendly..!

Others, however, point out that the part in JL involving the Amazons happened thousands of years before we see them in WW, so it’s possible that the ladies just got better at making their armor over the millennia. A few also said that many ancient warriors fought with even less covering their bodies.

Whether clever or not lots of ancient warriors hwent into battle fully naked – so let's stop with this faux outrage eh? Don't remember this outrage at naked torso Thor

Greek warriors didn't have alot of clothing….. The sexond pic was from a battle taking place 5000 years ago. Something called evolution, ya know?

Yeah because the battle predates WW origin. Amazon's never wore heavy armour just like the Spartans it gave them an advantage during battle.

Do you think the armor is sexist? Tell us @BritandCo!

Shea Lignitz
Shea can be found in the nearest bookstore or brewery, exploring the great outdoors, or blasting Led Zeppelin. She grew up in the cold and rain of Northern California's redwoods but is currently wandering around Texas.
Controversy
Style News
Controversy Costumes
More From Style News