Many Workaholics Have This Surprising Thing in Common 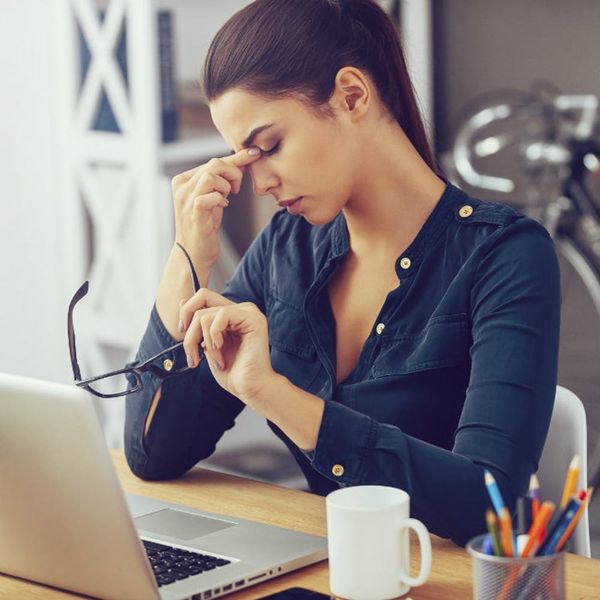 There’s absolutely nothing wrong with bustin’ your butt at work. We’re all about the #girlboss hustle and finding your passion in your career. But there comes a point when all that intensity, paired with zero work-life balance, is actually a deterrent to your success and well-being, rather than an asset (we’re looking at you, millennials who work SUPER long hours). Workaholism is a real thing and can both come with some big consequences (hello, stress) and, researchers now believe, can be caused by some more serious non work-related issues. A recent study published in the journal PLOS ONE shows that workaholics are significantly more likely to have mental health issues.

The study, conducted by researchers at the University of Bergen in Norway in collaboration with Nottingham Trent University and Yale University, screened 16,426 working adults for both workaholism and psychological disorders.

To diagnose workaholics, the researchers used seven criteria like: “You think of how you can free up more time for work,” and “You become stressed if you are prohibited from working,” and asked participants to rate themselves on a scaled system. In line with previous studies, 7.8 percent of the participants qualified as workaholics. Then, researchers examined the possible links between workaholism and psychological disorders. We’re pretty shocked by their findings.

Results showed that workaholics have a way higher rate of psychological disorders like ADHD, depression, anxiety and OCD. Just look at the stark contrast between workaholics and non-workaholics:

While these findings are helpful in identifying psychological issues within a certain demographic, the causation is still unclear. “Taking work to the extreme may be a sign of deeper psychological or emotional issues. Whether this reflects overlapping genetic vulnerabilities, disorders leading to workaholism or, conversely, workaholism causing such disorders, remains uncertain,” says lead researcher and psychologist Cecilie Schou Andreassen.

One thing’s for sure: If you’re overworking to the point that you’re constantly missing out on social events or other things you generally enjoy, you may want to ask yourself if you’re just hustlin’, or if there are some emotional factors at play.

Looking for ways to de-stress at work? Check us out on Pinterest!

Megan Parry
Megan Parry is a lifestyle writer living in Philadelphia where she's making generous use of her library card, obsessively reading friends' natal charts, and learning how to differentiate between "dried apricot" and "juicy apricot" notes in wine.
study
Work
study work
More From Work