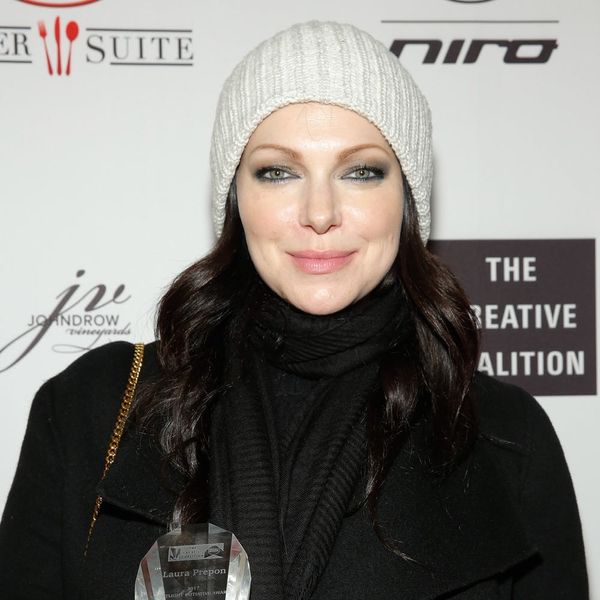 There’s some trouble afoot at SNL and an exciting baby announcement leading this morning’s top news… check those and more out below!

I sincerely apologize for the insensitive tweet. I deeply regret my actions & offensive words. It was inexcusable & I'm so sorry.

1. Just a day after applauding Chelsea Clinton for defending Barron Trump from the way he’s been treated in the media, the world learned that SNL writer Katie Rich was suspended immediately and indefinitely after tweeting a rather less than kosher joke about him during the inauguration on Friday. The tweet, which said that Barron would “be this country’s first homeschool shooter,” garnered a LOT of flack: So much so that not only did Katie delete the Tweet, but her entire account. She reinstated the page on Monday solely to apologize. A quick scan through the thread that ensued in the apology’s comments saw many applauding her for admitting her mistake, while comedic heavyweight Dan Harmon tweeted his support to Katie in the form of a job offer. (h/t New York Times)

Sundance close-ups, behind the scenes. thanks @tinaturnbowmup and @jonathan_colombini for my snow glam. SO proud of this movie.

2. Laura Prepon is expecting her first baby! A source has confirmed to People that the OITNB star and her fiancé Ben Foster will welcome their first child together after getting engaged back in October. Congrats to the growing family!

One month ago today, Dec. 26th our amazing beautiful daughter came into this world. Feeling so grateful to have her in my arms... after years of fertility struggles I give thanks today to our kind, loving surrogate for carrying her. 🙏🏼✨🌸 @carterooster

3. And speaking of first babies: Amy Smart has revealed that she welcomed her adorable girl using a surrogate after years of infertility struggles. Amy posted a new Instagram of the growing little girl, Flora, who she had back in December, and the caption came as a HUGE surprise. “One month ago today, Dec. 26th our amazing beautiful daughter came into this world,” she wrote, clarifying the seeming NYE birth of the baby based on social posts. “Feeling so grateful to have her in my arms… after years of fertility struggles I give thanks today to our kind, loving surrogate for carrying her.” Between Kim Kardashian considering a surrogate for a potential third pregnancy and Amy’s news, it’s amazing to see celebrities speaking out on a pregnancy method many rely on.

he always has my back 😜

4. Kanye West has agreed to appear on KUWTK more to make Kim happy. Kanye has long been reluctant to appear frequently on Kim and her family’s reality show, Keeping Up With the Kardashians, but he’ll reportedly be getting more screen time in an attempt to ease the stress of the difficulties their marriage has been through recently. “Kanye is really trying to please Kim,” the source tells People. “He realizes that his difficult behavior has been extremely draining for her. He is trying to make it up to Kim by going along with things that are important to her. The show is still important to Kim, so Kanye will support her.” This is a win/win, if you ask us!

5. Snapchat is making a big move to keep fake news and offensive images out of its Discover feed. At a time when we’re facing “alternative facts,” Snapchat has released new guidelines for its Discover publishers that will require them to fact-check all content they publish and link to. In addition, the new Discover rules will be more strict on images and headlines used, prohibiting anything misleading or gratuitously shocking. “It’s been two years since we first launched Discover,” Snapchat said in a statement. “During that time, our partners’ editorial content has continued to evolve in look and feel, and we felt our guidelines should be updated to thoroughly reflect these changes.” Though many think that the changes likely point to Snapchat’s rumored plans to go public, it also feels super timely given the current news climate. (h/t Buzzfeed)

6. Quote of the day: “This will be the largest audience to witness an Emmys, period. Both in person and around the globe.” Stephen Colbert is named as the host for the 2017 Emmys and pokes fun at Press Sec. Sean Spicer’s recent claims about inauguration numbers in his hilarious statement.

Do you think Stephen Colbert’s presence will mean a politically charged Emmys? Let us know over @BritandCo!