Morning Buzz! This Pic of the Crowd at Trump’s Inaugural Concert vs. Obama’s Is Shocking + More 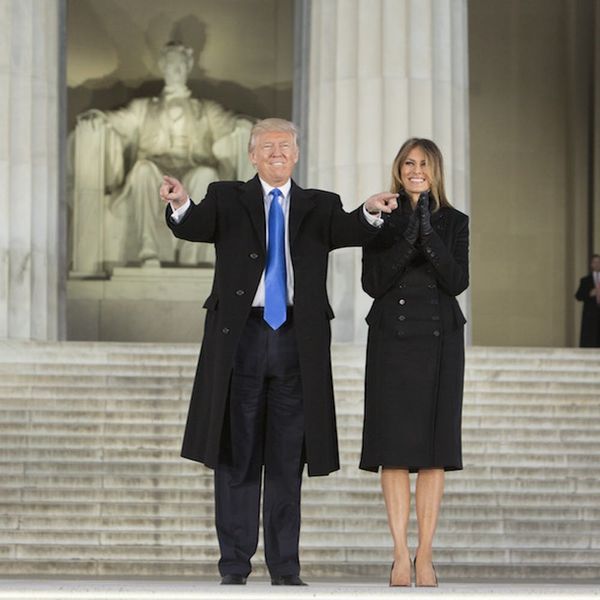 From pre-Inauguration Day events to some important moves by Hollywood, check out six of today’s top news stories below.

1. Last night, on the eve of his inauguration as the 45th President of the United States, Donald Trump held an Inaugural Concert at the Lincoln Memorial, at one point thanking his fans for coming by the “thousands and thousands,” and for filling up the venue “all the way back.” Buzzfeed was quick to point out that around 10,000 people attended Trump’s Concert, while about 400,000 attended Obama’s back in 2009, and the point is REALLY driven home when you see the comparison photos of the crowd. Yeowch.

2. Alec Baldwin totally pulled out his Trump impression at a big star-studded protest. Thousands of people gathered outside Trump Tower in NYC for a demonstration on the eve of the night that Donald Trump officially becomes president, with numbers ranging from 20,000 to 25,000 — more than double the number of people at Trump’s concert. Julianne Moore, Mark Ruffalo and Robert DeNiro were among the celebs on hand to give speeches, as was Alec Baldwin, who made sure to include some ~pee~ jokes while he did his famous impression.

3. 20th Century Women will donate some of its ticket sales from this weekend to Planned Parenthood. A24, the studio behind 20th Century Women, wants to thank PP for its services and the help they provided in the making of the movie. “The people at Planned Parenthood were so helpful to me with the writing and pre-production of 20th Century Women,” filmmaker Mike Mills said in a statement. “They connected me with people who worked in PP offices in the ’70s to make sure every aspect of my scenes was correct, from the language counselors used to the very particular decor and dress of the people in those offices, to the overarching philosophy and attitude of the women who worked there. It was very important to me that we capture this moment in women’s reproductive rights accurately and they were so generous and helpful to me.” *Checks movie schedules*

4. The premiere of A Dog’s Purpose has been cancelled following allegations of animal abuse on set. After a disturbing video from on-set showed a dog being forced into water, pulled out by its collar, then go underwater in distress, PETA called for a boycott of the movie and the studio started an investigation. Now, the premiere scheduled for this weekend has been cancelled, with Amblin Entertainment and Universal Pictures saying in a statement that they did not “want anything to overshadow this film that celebrates the relationship between animals and humans.” (h/t People)

5. Have you noticed women tweeting pictures of their shoes? There’s an important reason. As upwards of a million people plan to participate in the Women’s March on Washington and its hundreds of satellite sister marches around the world on Saturday, people are tweeting pictures of their shoes and giving the reasons they’ll be taking part. “These shoes can march a long way against hatred and division,” one user wrote, showing a pic of her runners laced up and ready to go. Check out everything you need to know about the March here.

6. Quote of the day: “All of us, regardless of party, should throw ourselves into that work — the joyous work of citizenship. Not just when there’s an election, not when our own narrow interest is at stake, but over the full span of a lifetime.” President Obama’s final goodbye letter to his fellow Americans. Read the whole thing here.

Will you be watching today’s inauguration? Let us know over @BritandCo.