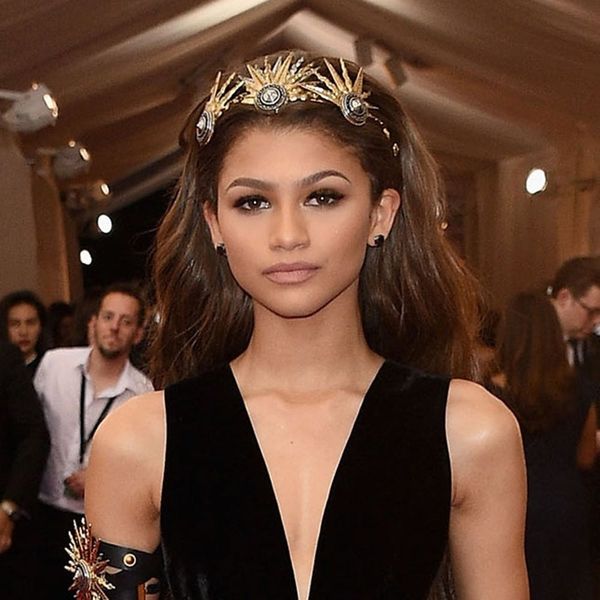 High schoolers internationally are gearing up for their big diploma grabbing moment (and college kids have already started getting ’em). One graduating senior flipped the script on attending a Laguna Beach-worthy prom or having a DIY cap decorating party by attending the Met Gala just days before her tassel turning ceremony. We’re talking about Zendaya, who’s managed to squeeze her high school graduation into an already jam-packed 2015.

Over the weekend, the 18-year-old star of Disney Channel’s K.C. Undercover tossed her crown and custom Fausto Puglisi gown aside for a cap and blue frock to accept her diploma. Though those robes don’t look flattering on anyone, the actress-singer made it work as she posed for a celebratory picture with her former Dancing With the Stars partner Val Chmerkovskiy. You think they did the foxtrot after this snap?

No word on where the “Replay” singer will be heading for that college degree but we do have somewhat of a roadmap for this young beauty’s career. Just in time for back-to-school shopping season the budding fashion icon will be releasing her shoe collection. Hey, maybe she should join Blake at Harvard Business School…

What song do you think played at Zendaya’s graduation ceremony? Let us know your guess in the comments.