Zoe Saldana Reveals Her Autoimmune Disease and the Internet Has OPINIONS 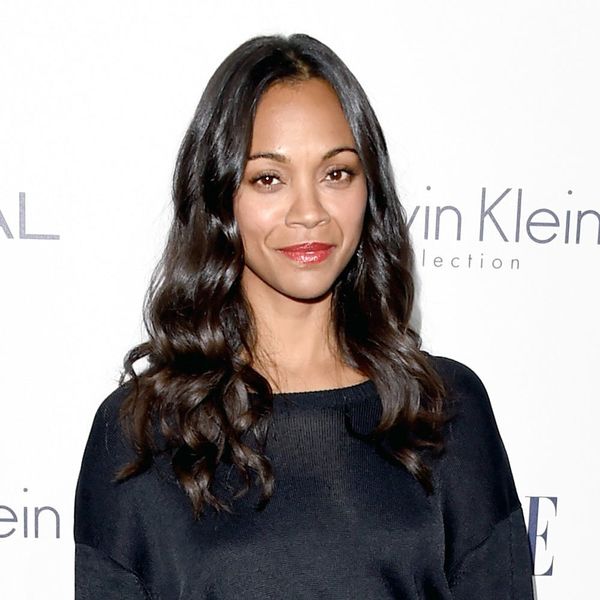 Zoe Saldana may have cemented her place in Hollywood with roles in both Guardians of the Galaxy with Chris Pratt AND the new Star Trek movies with Chris Pine, but that’s not why folks are talking about her this time around. This week, Saldana revealed that she suffers from an autoimmune disease — and there has been quite the reaction to the fact that she’s made her diagnosis public. People were quick to create a buzz around the subject. While fans are grateful that Zoe has brought attention to something others also suffer from, foes seem to feel that she’s making a big deal out of something sorta common, possibly for publicity’s sake.

The 38-year-old mother of two decided that now was the time to let the world in on the fact that she’s been dealing with the autoimmune disease Hashimoto’s Thyroiditis. An issue that both her mother and sister have also dealt with, Zoe explained to The EDIT, “Your body doesn’t have the energy it needs to filter toxins, causing it to believe that it has an infection, so it’s always inflamed.” Ouch.

Zoe manages the disease by now eating a gluten- and dairy-free diet. “You create antibodies that attack your glands, so you have to eat clean.”

Fans were thrilled that Zoe came out with this news, especially those who also suffer from autoimmune diseases, and many have taken to Facebook and Twitter to talk about the symptoms they face.

Others, though, are not feeling the sympathetic vibe. At all. Noting that this revelation coincides with her new movie, Star Trek Beyond, there are plenty who feel that she’s just playing it up for extra press.

Whatever Zoe’s motivation, perhaps it’s best to look at the brighter side in this health-related sitch: that sufferers of this silent illness are getting the visibility they deserve.

What do you think about Zoe’s revelation that she suffers from an autoimmune disease? Tweet us @BritandCo!

Desiree O
Desirée O is a ‘Professional Bohemian’ who loves anything and everything related to the arts, entertainment, and pop culture. She ADORES being a ‘Newsy’ for Brit + Co, covering all of the latest tidbits of awesomeness that you want to read about. When she’s not writing, she’s either making messy art, going on long adventurous walks with her camera, or poking around over at bohemianizm (http://www.bohemianizm.com/). You can find out about Desirée O and her work at http://DesireeO.com/ or follow her on Twitter @DesireeO.
Womens Health
Celebrity News
Womens Health
More From Celebrity News