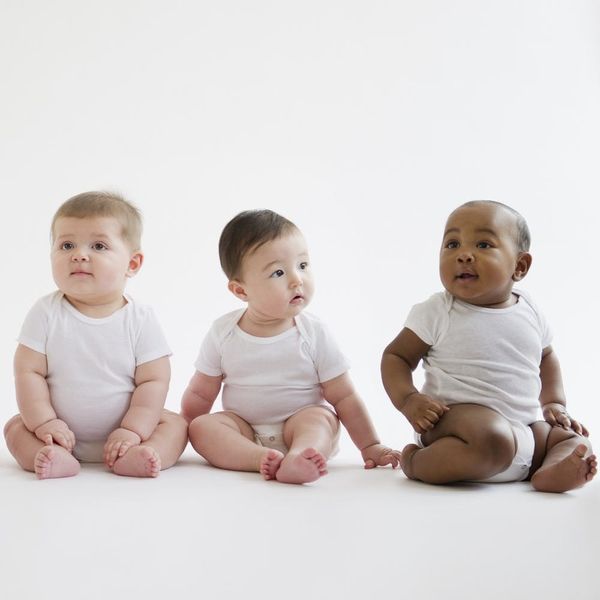 This week’s names in the news cross gender boundaries. Some of these unisex names (or semi-unisex names) are more popular for boys, others for girls, and some are so rare they could go either way. See what you think — are these names more boy or girl to you?

1. Arlo: Actor Theo Rossi and his wife chose a name that’s speeding up the charts for their new son, Arlo Benjamin. Baby name Arlo entered the US Top 1000 in 2011 and reached #349 in 2016. It’s also used for a small but growing number of girls, 56 in 2016. With Harlow sitting at #420 for girls, and Marlowe rising, it’s not surprising that some parents are turning to Arlo for a similar sound for their daughters — although they won’t be outnumbering the boys anytime soon.

2. Dalton: Dalton William is the name of singer Ashley Monroe and baseball player John Danks’ new son. This cowboyish surname/place name peaked for boys in the late 1990s and still ranks at #331. On the girls’ side, it’s uncommon but not unheard of: seven girls were called Dalton in 2016. With -ton names like Peyton and Sutton in the Top 1000 most popular names for girls, Dalton doesn’t seem so out of place. It could even give you the vintage nickname Dolly.

3. Parker: TV host Mark Steines and his wife recently welcomed a daughter, Parker Rose. Along with occupational names like Sawyer and Carter, Parker is popular for both sexes. It’s #87 for boys and #217 for girls in the US, and still rising for both. Actress Parker Posey has helped to make it feel comfortable as a girls’ name.

4. Sonny: Sonny Sanford is TV celeb Whitney Port’s son, born in July. Sonny is one of those quietly timeless boys’ names that’s been in the Top 1000 since the 1920s. It’s given to a handful of girls each year — there were 18 girl Sonnys in 2016. Blogger Sonni Abatta (who has a variant spelling) shares her thoughts here on growing up with an unusual name. Meanwhile, cheerful soundalike Sunny is more popular for girls than boys, but outside the Top 1000 for both.

Sonny could be a nickname for any name containing “son,” for both sexes. Here come two of them!

5. Addison: Addison is the 29th most popular girls’ name in the US, but for boys, it’s below the top 1000, so it’s refreshing to hear of a male Addison. (30 years ago, who would ever have thought we’d be saying that?) There’s a boy called Addison among these babies named after the Chicago Cubs baseball team — the Cubs’ stadium is off West Addison street.

6. Jaymison: Boy or girl? There’s a boy Jaymison in the latest birth announcements on the French website Neuf Mois, but the spelling might give you pause. Sometimes parents use a Y spelling to make a name feminine — as in Jaymie, which has always leaned more girl than boy. Jaymison has only ever charted for boys, but the most popular spelling, Jameson (which ranks #128 for boys), was used for 59 girls last year.

7. Louie: Singers Andy Grammer and Aijia Lise welcomed a daughter in July. Her full name is Louisiana K, but her parents are calling her Louie. This is a great example of getting a boyish nickname from a feminine name (think Frankie for Francesca, or Max for Maxima like the Zuckerbergs). And Louisiana is rare — it didn’t chart at all in 2016 — but fits right in with the Lu- names for girls that parents love today.

On the boys’ side, The New Yorker‘s Lauren Collins wrote an essay explaining how her American-French family chose to name their son Louis (a Top 10 name in France) after considering ALL the options.

8. Tennessee: Another place name for babies in the news! Parents who are big fans of the Tennessee Volunteers football team have just welcomed triplets: Tennessee Grace and her brothers, Knox and Neyland (the name of the team’s stadium). You might think of playwright Tennessee Williams (his pen name), or Reese Witherspoon’s son, and assume Tennessee is more of a male name. But until 1995, it only charted for girls. Last year, 24 boys and 24 girls were given the name.

9. Daye: Are you surprised this name isn’t more popular? From Ava and Mason to Grey and Faye, so many of the top names have “ay” sounds that Day(e) seems like a natural addition to the list. In 2016, only seven girls and five boys in the US were named Day, and the -e spelling is almost unheard of. British soap actress Jennifer Metcalfe has used it for her son, Daye Colmic. (His middle name is a smoosh of his grandfathers’ names, Colin and Mick.)

10. Beryl: If you love a good hipster baby name (without actually admitting you’re a hipster, of course), there’s a book for that. While not all the names mentioned are likely to catch on (looking at you, Gyoza and Pixar), many of them are already being used. Like Jagger, Kale, Tesla, Wes… and Beryl? Bold parents might revive this vintage gemstone name for a girl, but as the article points out, it was also given to a decent number of boys in the 1910s, 20s and 30s. What do you think — would you dare use Beryl for a boy?

What are your favorite gender-neutral names? Share them with us @BritandCo.

This post was previously published on Nameberry by Claire Bristow.